The State of Social Media 2012 [Infographic]

This year has been a very exciting and newsworthy year to be sure. From tragedies that are still on our mind, to deaths of tech icons such as Steve Jobs, to the new competition of Google and Apple, new inventions of the Google glasses, Facebook going public, landing on Mars to free falling from space, a president reelected and everything else in between. In all of this, social media captured every moment of 2012, sometimes faster and more accurately than any of the major publications that have now shifted to taking news from the networks.

So what has happened with social media in 2012?

Here are three of the biggest moments this year from the infographic below.

What other social media news is there that this infographic missed?

[via The SEO Company] 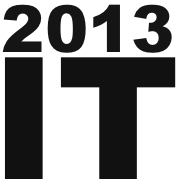