The current job market is tough for most people. Luckily, there are some signs of recovery. One area that is recovering nicely is IT. Jobs in information technology have always been harder to fill, but people still need unique skills and training to get a great IT job. The great thing about a career in information technology is the ever changing pace. What is popular now may not be so in three years. New jobs are popping up everywhere as new technologies are invented. So, if this sounds right up your alley, here are the most in demand IT jobs of 2013.

Due to a stagnant economy, a lot of businesses have been putting off major purchases of technology equipment. Now that the economy is doing better, a lot of purchasing managers will be busy in 2013. Technology needs to be upgraded constantly, since computers, servers and even software become quickly out of date. Anyone in technology sales has the potential for great profits l in 2013, as they help fill the demand for software and hardware. When there is less uncertainty in Washington, businesses will be busy buying new equipment.

Businesses are beginning to take data backup seriously. Anyone who works in backup and recovery should look forward to 2013. Companies are constantly looking for ways to protect themselves from hackers or even just bad luck. One way a company protects itself is by hiring a backup and recovery specialist. Not only will this career be in demand in 2013, but working in data recovery will always be lucrative. A person can work in data recovery without working for a big company too, since many individuals with sensitive information might be looking for freelancers to come in and set them up.

With smart phones being all of the rage, app developers should be well positioned in 2013. An app developer creates applications for phones and tablets. They can create applications for corporations. The best example of a success story here would be Draw Something. Their app developers struck gold with this app and sold their app to a bigger company for hundreds of millions of dollars after being on the market for only a month. Companies all over the world are looking to improve their apps, or you could also create your own. Not only can app developers look to spread their wings this year, but in the future, smart phones usage will explode all over the world. Anyone who wants to become an app developer should know basic programming principals, and luckily, you have some time to figure out the basics of this trend before the bubble begins to burst!

While the economy is improving for some, it remains stagnant for others. Certain parts of the country are not seeing a broad recovery anywhere in their future, while other industries are not doing so well. A service technician will be in demand in 2013 in order to keep systems going. In poor economic times, corporations look to delay upgrading their systems. A technician can assist a bushiness in keeping their systems up and running for years to come. For this reason, a technician sshould feel confident about their job prospects, especially if the economy fails to improve.Information technology jobs are in demand. There are many high demand jobs in the technology sector. Luckily, anyone that is not working in an in demand area can change jobs easily. Furthermore, with IT, it is exceedingly simple to change courses, even after a decade in the same field. It is important to watch trends in IT in order to do well in the coming years though, by receiving the necessary training.

Hope Fillemore writes about the field of IT, business & the economic recession. Her most recent article is titled 10 Great TED Lectures on Work and Success. 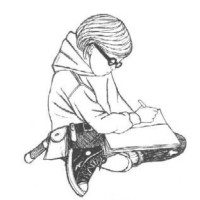 The State of Social Media 2012 [Infographic] 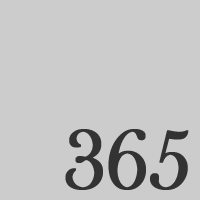 Did You Complete Your 365 Project?