Why You Should Consider Not Using Google+ with Other Social Networks

If you have accounts at multiple social networks, you want to integrate them for easier use. But maybe you don’t.

There are a number of reasons why you might want to keep your Google+, Facebook, Twitter, and LinkedIn accounts separate. I’ll work through some of the major ones here.

Every social network is different. The acceptable posting frequency, as well as the content of your posts, differs from one network to another.

For example, Twitter users are expected to tweet several times a day. It you do that on Facebook or Google+, you may overload your readers; posting once a day or so is probably better, and posting once a week is probably adequate for LinkedIn.

Then there’s the matter of post length. Twitter is the bottleneck here, since tweets can be no more than 140 characters in length. On Facebook, however, you can post up to 5,000 characters and Google+’s character limit is … well, pretty much as long as you want. If you try to post universally, you’ll either artificially limit your Google+ (and possibly Facebook) posts, or end up writing way more than can be included in a tweet. This is one instance where one size definitely does not fit all.

The contents of your posts may vary from network to network, as well. Perhaps due to Twitter’s length restrictions, tweets tend to be more direct and less detailed than what you find on Facebook and Google+. The latter two networks allow and seemingly encourage more in-depth information and personal reflections – although Google+ users, at least in these early days, seems to shy away from the more intimate whining that unfortunately plagues Facebook.

The point is each social network has its own community personality, and trying to post the same messages to each ignore this fact. It may be convenient to synchronize your posting, but you run the risk of sounding a bit out of synch with each individual network.

You Need to Participate in Each Community Separately

Speaking of community personality, you won’t get much of a flavor of it if you don’t actually visit the sites in question. Consolidating all your friends’ posts from multiple sites is definitely a timesaver, but by reading posts in this fashion you miss the entire context.

Look if you want to play the game you have to get down on the court; you can’t do it by remote control. There’s a certain zeitgeist you experience when scrolling through your Google+ Stream or browsing your Facebook News Feed and you miss all that if you read the posts on another site. I’m not saying you can’t or shouldn’t do it this way, but if you really want to become immersed in the community, you have to visit there.

Here’s another danger of sending the same posts to multiple sites – you run the danger of looking like a spammer. This is especially true to those who have accounts on all the sites; they’ll see your same exact message multiple times.

Here’s a real-world example. My friend is an active tweeter and Facebooker. (He hasn’t moved to Google+ yet, but he probably will soon.) He uses a third-party solution to post his tweets to Facebook, because that’s more efficient. The problem is, if you read your Twitter feed and then read your Facebook News Feed, you see the same posts twice. Sometimes it’s worse, because he forgets and makes the same post manually to both sites, which then gets duplicated again by the syncing service. It’s particularly noticeable when I use a posting consolidation service myself, so I see all his tweets and status updates lined up in a row. It definitely looks like spam.

Now, you might not care if you look like a spammer. That’s fine. But it’s a big potential problem for businesses that use posting software or services to write once and post to multiple sites. Just something to keep in mind.

Google+ Is a Chance to Start Over

Here’s the final reason why you might want to keep Google+ separate from your other social network accounts. For many folks, Google+ represents a chance to start over in the social networking world, and bringing their old contacts along for the ride defeats that purpose.

You see, there’s a whole group of people who are burned out on Facebook (especially), Twitter, and other current social networks. They have hundreds of Facebook friends and they get inundated with tweets and status updates from people they don’t know and don’t care about. They’ve felt obligated to “friend” strangers and acquaintances that aren’t really friends, and feel strangled by the chaotic forced social interactions.

For these folks (and you may be one of them), Google+ is the opportunity to abandon the past and start fresh. With the circles feature, it lets them start assembling and organizing social connections in a logical fashion. (You really can’t organize hundreds of Facebook friends once you have them.) It’s a new beginning, readily achievable by abandoning the past.

So if you view Google+ as a new beginning, you might resist the temptation to connect back up with all of the same Facebook and Twitter friends. Accept Google+ as the new reality, and have fun living within it. 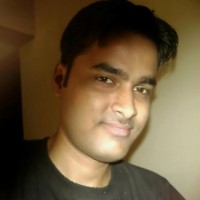 My name is Narendra Motwani. I am a professional Photographer. I am also a part-time freelance writer and I love to write on a variety of topics.

The Rise of Android