A friend of mine who I’m connected with on Facebook made an interesting post recently that has been sitting in the back of my head. The notion of needing to get content out there through social media, but having to pay to play makes you feel like your drowning in Facebook ads. Her words are much better. 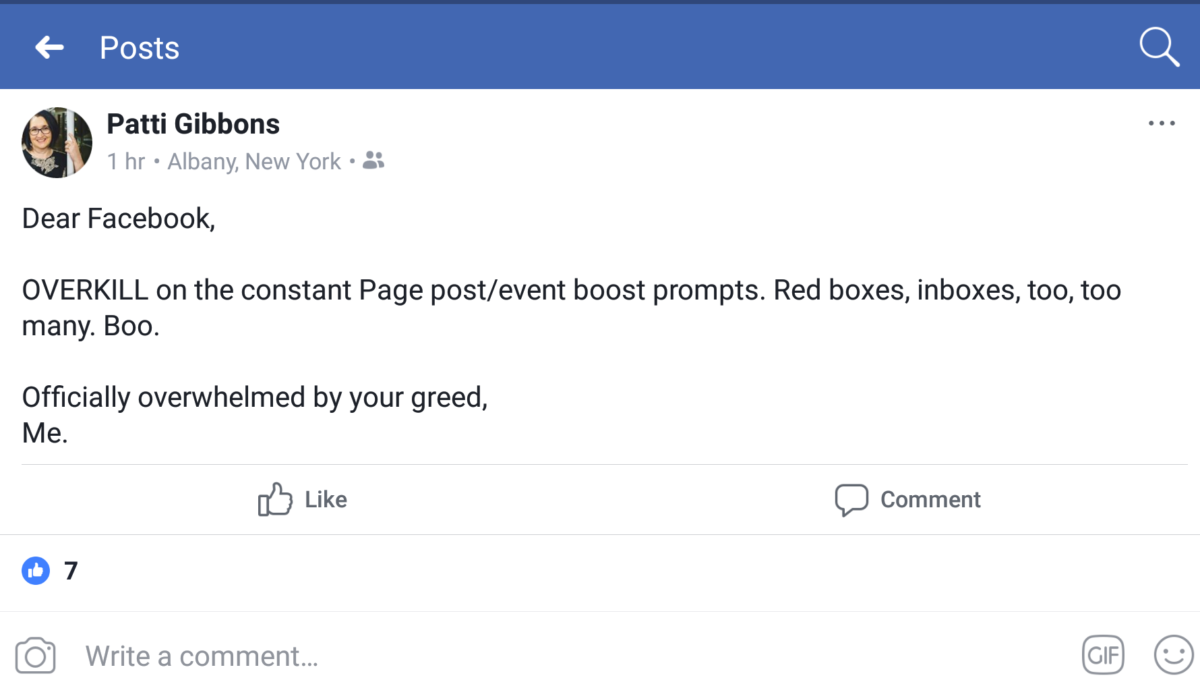 So before I get into the current state of Facebook and my concern for the platform, let’s look at the history of Facebook.

As I originally shared, Facebook’s original mission was about connecting people all around the world. Every new iteration of Facebook allowed more and more ways to connect with unique experiences. Facebook Messanger allowed for private conversations. Photos, notes, and lists were all designed to help you better interact in new and creative ways.

A shift happened on Facebook in 2007 when they started to allow businesses on board and then went public with Facebook ads. It is clear now that the goal of Facebook is not to connect everyone in the world to socialize as nearly all of the modern world has an account.

At this time, it is clear it is about the money. Patti’s post is absolutely true. With rumors (that have not been denied by Facebook) that all businesses will have to pay to play and a CONSTANT barrage of requests to boost posts or place advertisements, Facebook is in the market of media and advertisements, plain and simple.

But when did Facebook hit this change? Was it when Facebook finally went public and added ads? No, that’s just the culmination of many decisions on how to make money. The decision to be in marketing and media happened well before that.

Was it when Facebook hit a billion users? Nah. The user base just makes them dominate. I believe Mark was too forward thinking to wait until the opportunity fell into his lap. No, they were already in that mindset. I do believe this might have been when Mark was able to sell people on the fact Facebook needed to pivot to a media company. 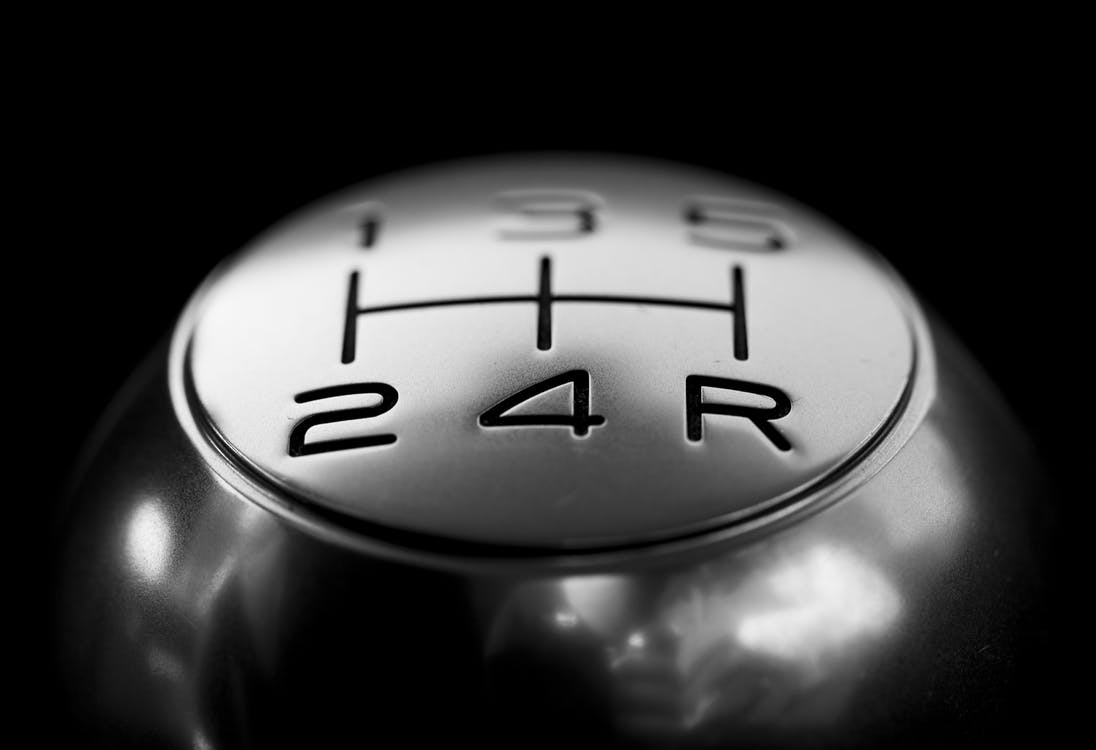 Was it when it allowed businesses to jump on board? Again, this is a culmination of decisions to go after the money. Still well after the decision was made.

It is my belief that Mark had actually decided Facebook needed to be a business when Mark shifted his goal from just connecting university email accounts to people outside of that ecosystem. Did he know it was going to be a full-fledged business that would make him billions of dollars and dominate the entire world? Maybe not. But I think he understood what he had tapped into that no one else had and I believe he had the determination and smarts to pull it off.

Back when I was on the Google+ and Twitter trains, people were making their nonsense predictions that Facebook had something to be worried about. Back then I stated that the only thing Facebook needed to fear was themselves. You get amazing, then you get lazy. You get trapped by the greed machine.

I still believe this to be true. And I do think that Facebook is greedy, but I think it knows it still is too essential to almost all businesses to care. The endless notifications to bring you back to the platform, the absolute daily request to pay money to gain more exposure and the overwhelming amount of non-friend related content I’m being shown on Facebook is not going to instantly kill it.

But my view of Facebook right now is that it doesn’t care about me. It just wants to manipulate me into staying on Facebook. This view is bad. This view means long-term failure if it can’t change this brand and image problem. Many people may not see it yet. Just like when Facebook pivoted a couple of times before, it was already too late.

Churches: understand that the people are on Facebook. Also, understand that you do not own the platform. This is not a scare tactic to get you off Facebook. You need to be there. But you have to understand this is a means to an end. Another pivot can easily come and you may be locked out.

Honestly, though, I’m more worried about the fact that Facebook changes the rules of the platform every hour it seems now. They have infinite resources, talent, and power to make sure they win every time. You have a couple of staff dedicated to it at most. You need to understand that power differentiation and be wise about how much time and energy you put into the platform.

At some point, it’s going to be a net loss with time, energy, and money. Know what is worth spending and what is too much.

What do you think about Facebook and its endless stream of advertising requests? 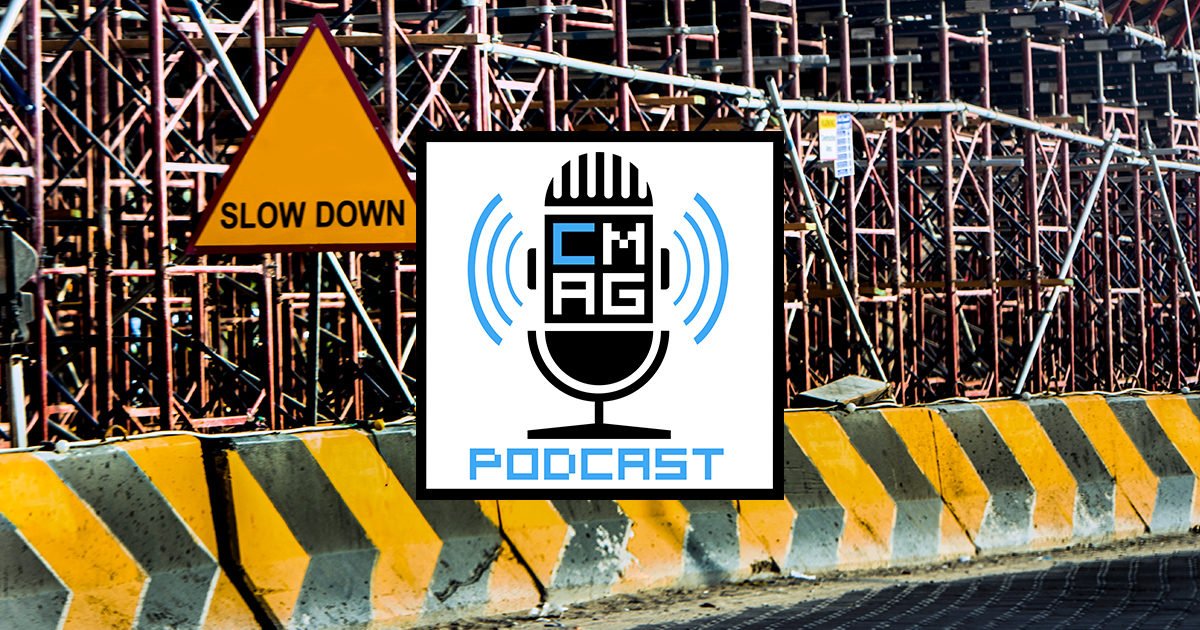 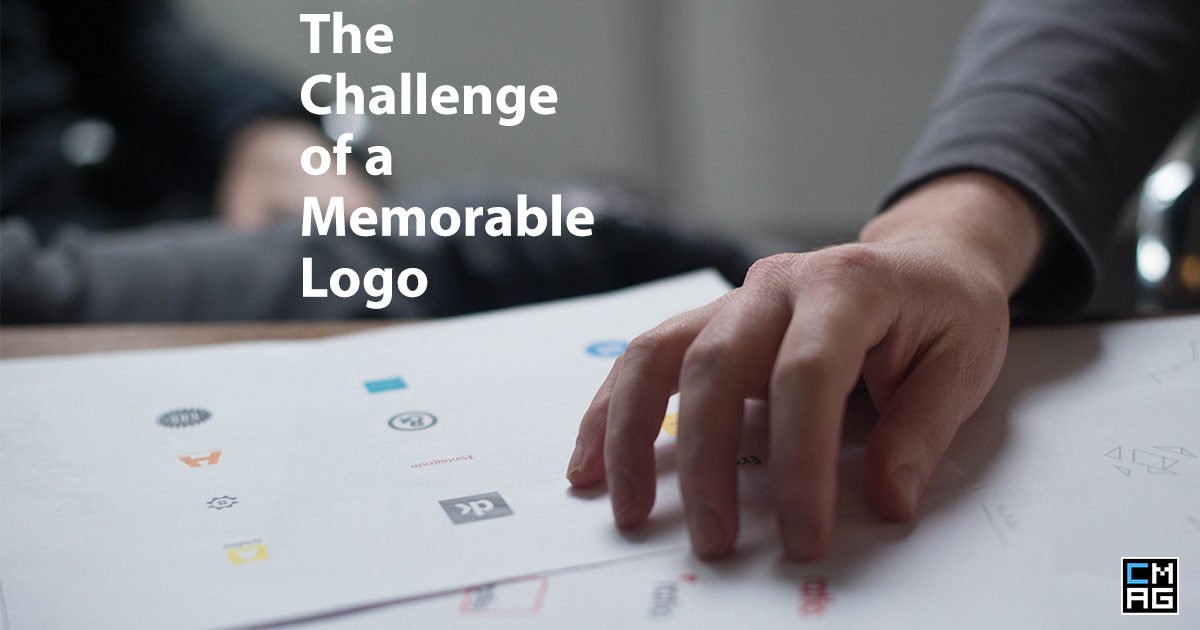 The Challenge of a Memorable Logo