I’ve been using Twitter actively for about 2 1/2 years now, and I have to say it’s become a huge asset and resource to me.

Many times I can find an answer to a question faster there than simply using Google. Twitter’s rapid rise to fame has created an entire market for companies that didn’t exist five years ago, and only continues to grow by leaps and bounds.

One of the major things I use Twitter for is news and information. It has almost completely replaced my old way of reading news, RSS feeds. I rarely check Google Reader anymore, in favor of simply following tweeted links. RSS just feels slow and cumbersome in comparison.

With Twitter, I can just read my news along with the other things I’m already reading, such as what my friends are doing and what they had for lunch. Not only does it make news easier to read, it delivers it nearly instantaneously, and allows the entire world to stay connected in real-time.

Twitter also provides a great way to get to know people you wouldn’t normally get to. For some reason that’s unknown to me, following someone you don’t know isn’t as weird or creepy as asking to be their friend on Facebook.

I’ve connected with and gotten to know so many awesome people via Twitter that I would otherwise have probably never even met or heard of. My journey with YouVersion actually started with a tweet posted by Scott Magdalein.

I’ve just recently begun reading Gary Vaynerchuk’s latest book, “The Thank You Economy.” I’m only a few pages in and have already found so many great nuggets of information. One of the big things I’ve taken away so far is that with the advent of social media, “word of mouth” means a lot more than it used to.

When someone tweets something negative about a company or brand, there is now the possibility of thousands of people seeing that comment, compared to maybe tens just a few years ago. In this case, the company has the chance to leverage social media themselves to possibly help remedy the situation, or at least offer an apology. Many companies are still reluctant to embrace social media, however, it will cost them eventually.

Do you agree? Has Twitter changed the way you communicate as well? I’d love to hear your thoughts in the comments below.

The EPIC Evolution of Technology 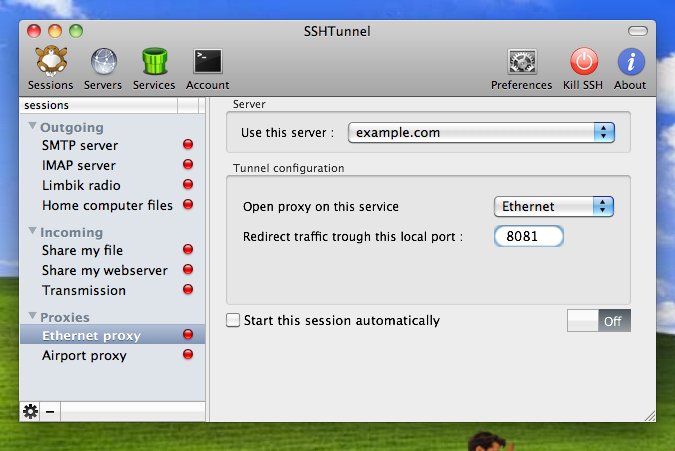 How To: Blog Safe With SSHTunnel