The idea of having an evil superpower might seem like some huge ability such as Magneto’s ability to control the magnetic properties around him or Doomsday’s superhuman strength. At the same time, evil superpower assumes that the person has an evil will, like the Joker’s psychotic need to cause chaos or Loki’s need to meddle in Thor’s life. So when I say that I have an evil superpower, do not assume it is something grandiose or something that I mean to do. Instead, it could be seen as bad luck to those that see my life. But I know better and I have been cursed.

My evil superpower is the ability to destroy whatever technology I touch.

Now you are saying, Jeremy, that is ridiculous. (Have been reading some of my stories so far, not so crazy of a notion) Let me tell you how I destroyed five computers in under five minutes.

How to Destroy Five Computers in Five Minutes

I use to do IT work as a summer job for a big corporation during college as an internship. After having completed the initial job they hired me to do in a third of the time, they ended up having me work on repairing laptop computers that were backlogged. Each computer would receive an initial diagnosis of bad software or hardware failure. Within that time frame, I would easily find the issue and get it working within several minutes to the point that I could work on five different computers at a time.

One day I was working on the machines with software issues and decided to take lunch early. While I would be out eating, I wanted to re-image the five computers as a quick fix without worrying about the details. What I did not know is that in my haste I had selected the wrong hard drive image that would overwrite the personal document folders as well, losing every spreadsheet. Even worse, one of the computers was the CEO’s computer which he used as his personal laptop and had both photos and private documents.

The results were grave (I was temporarily reassigned to appease the CEO) and I knew from that time on that I had a tech curse of needing to show off, not notice the details, and fail to control this evil superpower of destroying the technology I work with.

Do you have any computers would like me to “work” on? 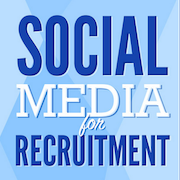