Every once in awhile, I’ll take a look at Career Builder or Monster and see what kind of jobs are being created that are directed related to social media. There are so many companies and organizations using social media as part of their overall marketing strategy.

One thing I have noticed is that some companies are really stretching the requirements for these positions to unreasonable limits, particularly those that are requiring a Masters Degree in Marketing in order to be considered.

The tweet received support from Austin Lee. John Saddington made a good point when he wrote: 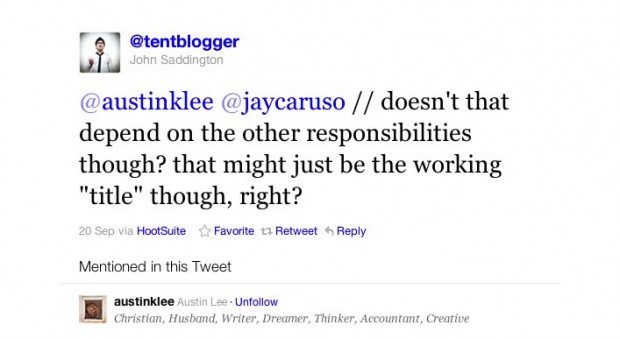 There were jobs I saw where social media was part of the overall responsibilities of a job as Marketing Director and surely a higher education requirement is perfectly reasonable. But, I saw several jobs where it was merely the red meat of social media – Twitter, Facebook, Blogging – was the focus of the position and the masters degree was still required.

Then I saw a tweet pop up in my timeline where I was kind of taken aback. It was from Ed Stetzer: 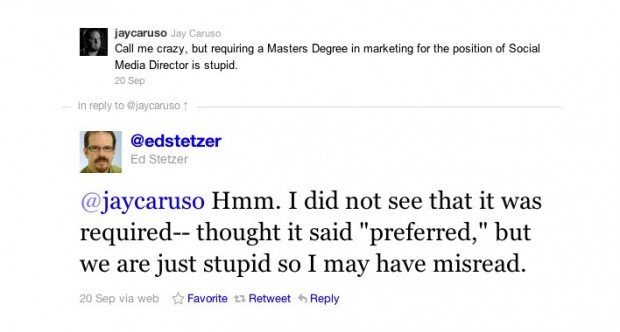 He followed up with: 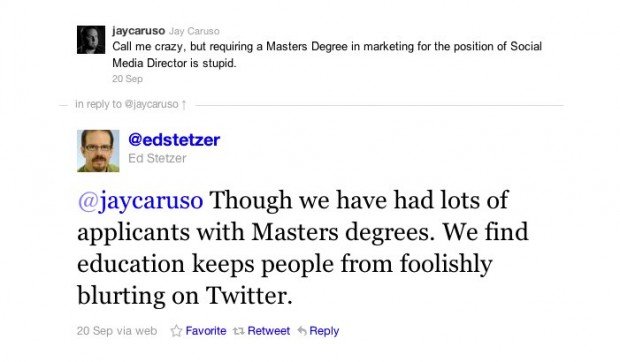 I wasn’t sure why I was the subject of such ire until I saw that Lifeway (where Ed works) is looking to hire a social media strategist and yes, as Ed told me, the Masters Degree is preferred.

While Ed may construe my tweet as me just “foolishly blurting” on Twitter, I was merely making an observation (Believe me Ed, it was not personal!). One that I stand by. And here’s why:

2. Social media as we know it did not exist just 5 years ago. Facebook for example, just passed the 5 year anniversary of when it opened its service to anybody over the age of 13 with an email address. Twitter did not launch until 2006. Even YouTube, which seems like it has been around forever, is only 6 years old. What advantage does a masters degree in marketing received ten years ago offer especially when taking into account, point 1?

3. By requiring a Masters Degree, companies are missing out on a wide pool of talent. I know people without these requirements that could run circles around those who do when it comes to implementing a social media strategy.

In fairness, my viewpoint could be clouded by the fact that I am somebody that doesn’t hold a college degree. It’s something that I regret. But it seems to me work experience is often given a back seat to a degree. I’ve worked in IT and third party logistics/supply chain management for the last 14 years. I would be astounded dealing with people who would have a BS in Global Supply Chain Management who didn’t have a clue how to move a load of pipe tubing from Point A to Point B or couldn’t understand why an LTL (less than truckload) shipment of bricks cost less to move than a load of light bulbs (it has to do with classification and dimensions). How about showing somebody with a degree in computer science how to format a Powerpoint presentation? I’ve had to do that.

So, I want to hear from the community.

Is my viewpoint fair? Or is my judgment being clouded by my own personal experiences? 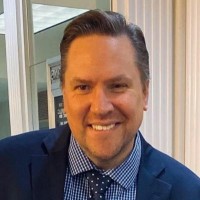 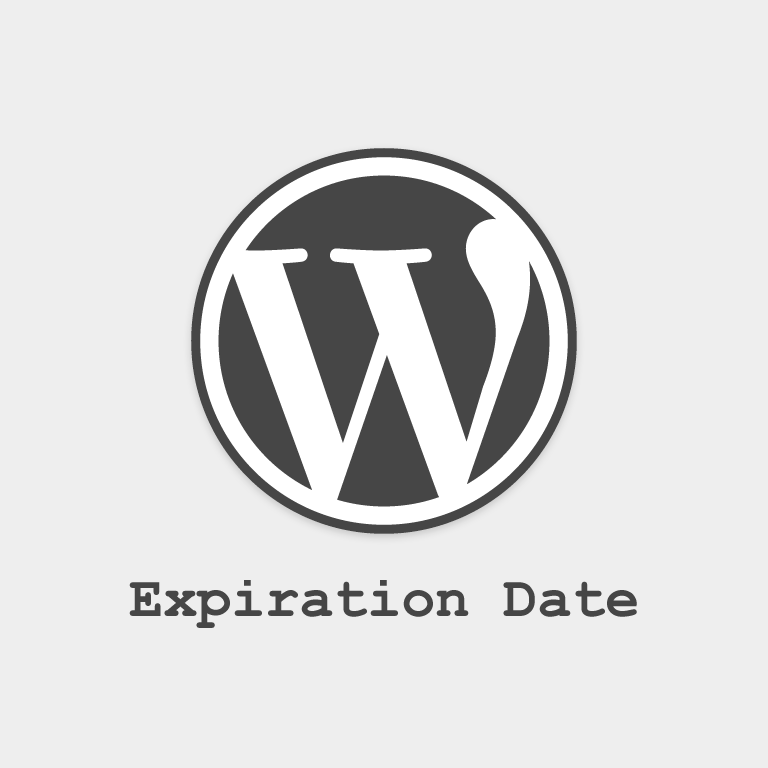 How-To Set an Expiration Date for Your Posts in WordPress