ChurchMag / IT / Organizing the Team #2: Wunderlist

Does it ever seem to you that it’s harder to keep your team organized, even in this era of instant communication? I think it might be because the speed of society is perennially a notch or two ahead of mainstream technology, but whatever the reason, it’s up to us to do our best to fight back against poor organization.

To that end, I’ve been taking you on short journey that my church’s pastoral staff recently took as we sought out a simple, yet powerful way to organize our team. Last time, I showed your Teambox, a wonderful service that is just simply too much for us. Well, I have two more methods I’d like to show you, but I must admit that I’m going to do this in a weird way. I’m going to show you what we chose to do before I show the final and simplest method.

And so, with that, we turn our eyes to…Wunderlist. 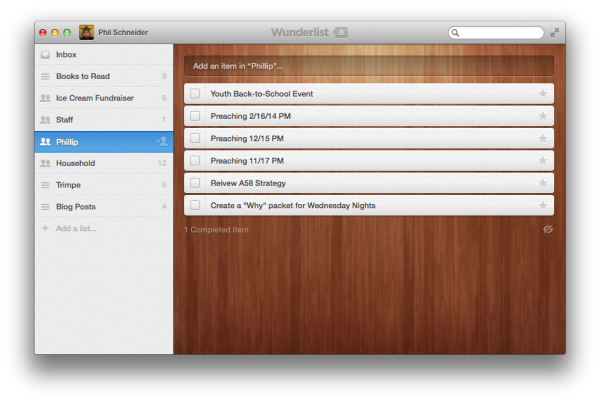 I had originally looked at Wunderlist a few weeks ago as a potential replacement for Things. There was some issues, though, with syncing that made me feel like I couldn’t trust it, so I went crawling back to Things.

But then, my pastor and I went on this search for a new GTD system for our church staff, and we gave Wunderlist a new look. Why?

First of all, during my time away from Wunderlist, a major update was released, which I believe really helped fix the syncing errors I previously experienced. Secondly, Wunderlist is just easy. Create an account, log in, and start adding tasks. You can add multiple lists to use at separate projects, and you can easily share all of those projects with other individuals involved.

This is the system that we ended up adopting. It’s really got all that we needed: simple, free, cross-platform, free, allows for sharing, and free. True, Teambox is cross-platform, but it’s almost entirely browser-based. Wunderlist can be used in-browser—it also offers some nice browser extensions—but it also has mobile (iOS and Android) and desktop (Mac and Windows) apps that really make it super easy to use. (I personally prefer native apps to browser apps. Maybe I’m just old-fashioned, but I like to just be able to open an app.)

It’s Not Always a Wunderful Life

I’m a very…odd person. I’d say that I’m OCD, but I hate how people almost love to label themselves with “fashionable” disorders. That being said, the Wunderlist app (both iOS and Mac) isn’t perfect. It constantly displays a numbered notification badge that will not go away! I want my apps to be clean, badge-free. This relatively small problem really bugs me. I couldn’t easily figure out what task item was triggering the notification, so I just turned the feature off. I’m sure that a more patient person could figure it all out, but not this guy.

And that’s it. That’s my only negative comment. Honestly, I love this app. I couldn’t be simpler for our staff either. My pastor created a “Staff” list which he shared with all of the pastors. This is for general tasks that we all need to keep track of. Then, he created individual lists for each staff pastor, which he shared only with that individual. This way, we can be held accountable for the work he’s assigned to us. Really, it’s the perfect set up.

Anyway, next time, I’m going to show a really simple, low-level way of organizing your team that might be helpful if you have one or two people for on your team that limit the technological depth of the whole.

Have you ever used Wunderlist? What do you think of it? 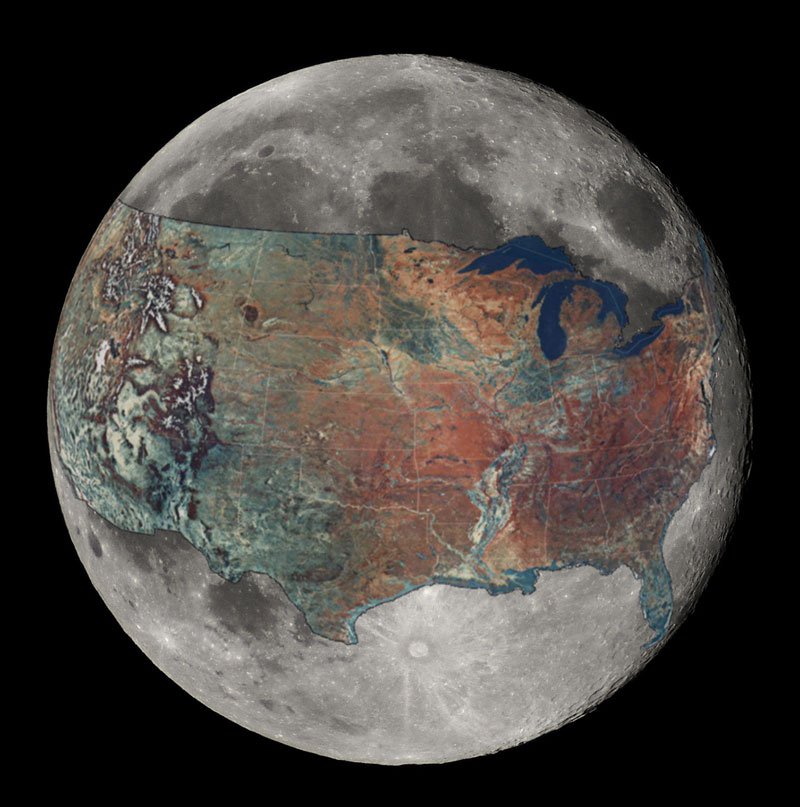