The architects behind one of the best WordPress themes, Standard Theme, have announced that 8BIT has come to an end.

For those of us on the outside, the end of 8BIT might feel more like “Game Over;” but having worked with this group of guys, I can tell you it’s more like “Level Complete.”

I’m sure they’ll receive plenty of criticism initially, as ending something in its prime usually does. In a few years from now, I’m sure more will understand and respect their decision. Standard Theme, 8BIT, neither of these things were going to be the end-all or legacy for any of these guys. It was a delightful chapter in each of their stories. 8BIT was always about a culture of passion and fun, so it seems fitting this is how it would end—with them continuing to pursue their passions.

I was lucky enough to get to work a little with these guys for over two years from Italy. My primary focus was in the editorial aspects, as it related to ChurchMag (formerly The 8BIT Network). I got to sit in on some meetings and even enjoy some back-channel communication. I can’t express enough how much I owe this band of 8BIT Brothers. Because of them, I not only own and operate ChurchMag and Live Theme, but I have learned so many critical aspects of owning and operating a premium WordPress theme and top-notch blog property from these guys. But even greater than that, it is their confidence and belief in me that’s made the greatest impact in my life. They’ve kept my heart container’s full!

I’ll never forget the conversation John and I had while I was trying to make a big decision. I told him I was hesitant because I didn’t want to make a mistake. I didn’t want to ruin an 8BIT product. It felt so much more than just a WordPress theme, it was an 8BIT WordPress theme. John told me that fear is the worst thing to base a decision on; whether that fear be of failure, fear of peoples reaction, or whatever form that fear takes.

So here I am. Continuing to play the early levels of 8BIT—ChurchMag and Live Theme—and although I am sad to see 8BIT come to an end for John, Chris, Jared and Tom, I look forward to their fearless futures as they insert another coin, press start and game-on. 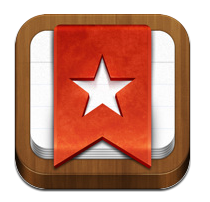