ChurchMag / Web / Communication / Your Ministry Should be on TV … Internet TV

Your Ministry Should be on TV … Internet TV

Over the last few years there has been a variety of stories on cutting the cable cord, rising costs of cable and the unnecessary bundles that cable offers. With streaming options such as Netflix, Amazon Instant Video and Hulu Plus, streaming video options are becoming more popular, especially among young people who don’t feel the need to own cable. Thus the question is how can your church take advantage of this viewing transformation, well, i’m glad you asked.

Internet TV is a great solution for ministries because it removes the cost barrier that currently exists for traditional TV and the average church budget. The average church doesn’t have the budget to get on a national TV station or even the budget to produce a nationally televised broadcast, but that doesn’t mean that they don’t have a word that needs to be heard nationally. Instead of paying TBN (Trinity Broadcasting Network) $15,000 a week to broadcast a 30 minute show, a ministry can pay $250 a month to build a channel on Roku and broadcast 24/7/365.

In addition to Roku, Google TV has allowed ministries to build channels (apps) that can be installed and watched on television. Additionally, Google TV has a built in web browser (Google Chrome) that can be utilized to watch streaming services online. Later this year Apple TV is reportedly opening up it’s Apple TV software for apps, this would give churches yet another opportunity to establish a presence on people’s TVs and in our living rooms. Now the real opportunity lies in Microsoft’s Xbox. Xbox currently is leading the charge into the living room and ever since they started offering Internet TV options such as Netflix, Hulu TV, Amazon Video and ESPN Watch Now, there has been anticipation building as to when they would allow the masses to build channels for their hardware.

Overall, churches have a great opportunity to establish themselves in people’s living rooms for a fraction of the cost that are associated with traditional methods. As churches move from streaming videos on traditional websites to tablets to mobile devices to internet televisions, the impact and reach will continue to grow and reach the masses.

Does your church stream video?

I so, tell us about your setup here. 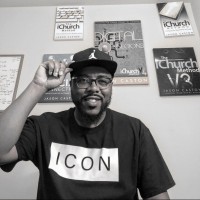 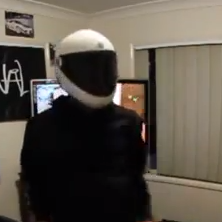