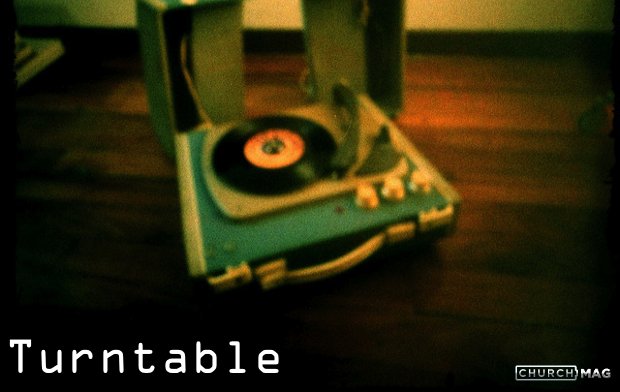 Rarely do I come across “Christian” music outside of the Pop genre that happens to match up in quality with it’s secular counterparts.  So significant is the problem that I actually had stopped looking for something of substance in the Christian Hip-Hop/Rap genre.

Enter Lecrae.  I know he’s not new, but remember I stopped looking long ago.  While the rest of the world may know about him, he’s new to me.

His newest album “Gravity” smashes all of those preconceived notions that Christian music is held to a lower standard than their secular counterparts. END_OF_DOCUMENT_TOKEN_TO_BE_REPLACED

What the Church Can Learn from Apple’s Legacy Abandonment

All reports indicate that Apple will be changing their proprietary dock connector from 30 pins to something smaller.

What does this mean to you as a consumer?

As you transition from one Apple product to another you will likely face the task of keeping up with a clumsy adapter or having different cables for different products from the same company.

What can we learn from this?

END_OF_DOCUMENT_TOKEN_TO_BE_REPLACED

The Ugly Side of Monetizing Your Blog

I recently participated in a webinar hosted by a popular blogger.  The goal of the webinar was to educate the attendees as to how to be more effective as a blogger.  How to create content in a way that will not only attract readers but optimize your ability to monetize your blog at some point.

Ultimately helping us to leverage our online persona to help fund our writing.  But I noticed the ugly side of monetizing about a quarter of the way into the webinar. There was a perceivable shift in the purpose of the seminar.  It became more about selling a tool set than about education.  It was a very stereotypical bait and switch.  They provided twenty minutes of real content but the catch.  There is always a catch.  “If you want more just sign up for this extra tool set.”  And in true infomercial fashion they began to talk about how we could get a discounted rate because we were simply participating in this webinar.  The author of this blog had succumbed to the temptation to monetize too quickly.  I can’t say that he was getting a cut of the money from the sales of the tool but I don’t really know why he would have given his audience to this technique if he was not profiting from it at all.

END_OF_DOCUMENT_TOKEN_TO_BE_REPLACED

Educating for Impact: The Next Step for the Church Tech Movement

Many vital churches across the nation implement unique ways of utilizing technology in their ministries.  Live tweeting, blogging, Facebook groups, forums, etc.  These tools are incredibly useful for a generation that has grown up consuming bleeding edge technology in their every day lives.  But that presents a problem of exclusionary practices.  The problem becomes the generations that are disconnected from the utilization of modern technology.  Whether due to unfamiliarity or inability to understand they regularly push back when we attempt to implement these changes.

We push forward regardless.  We implement these changes with much fanfare and are incredibly excited about how it can truthfully impact our culture.  But we are leaving behind a large group of people.

END_OF_DOCUMENT_TOKEN_TO_BE_REPLACED

What I Learned About Live Tweeting During Church

Recently on a whim I, along with a few other members of our church, decided to explore the usefulness of live tweeting during sermons.  I had recently participated in general denominational conference where live tweeting was encouraged.  There were some really dynamic conversations occurring online while not actually interrupting the message being delivered.  Real-time honest discussion and feedback of the information being delivered was likely the biggest gift I was able to take away from the conference.

Naysayers will complain that we were not really paying attention if all we did was tweet back and forth, but live tweeting is no different from bringing a pad and pen and taking notes or whispering to your neighbor (who hasn’t been guilty of that).  You are just participating in a collective online note taking effort.