WWDC & Church Tech: Does We Need a Developer’s Conference?

Apple’s WWDC (Worldwide Developers Conference) takes place in San Francisco every summer, and it might just be one of the biggest tech events of the year. Only 5,000 tickets are made available every year, and they sell out immediately! Last year, it took two hours. This year, it took two minutes!

Clearly, many people want to be at this event at which Apple routinely unveils major software and hardware updates. Plus, since it’s a five-day event, there are also tons of ways to learn more about developing from the very people who created and now maintain the platform you’re developing for. Awesome, right?

My question to you this: Could the Church benefit from something similar?

No, we don’t have a platform that requires such a massive conference/PR event, but what if we tweaked it just a little.

There are so many church conferences that focus on preaching, leading, discipleship, church-planting, etc. While these are vital, “front line” needs of most churches, I think there is a serious gap that could be filled by a “church tech” conference.

I love that LifeChurch.tv and Willow Creek and Saddleback do so much to help resource the Church technologically, but I guess I’m too much on the “teach a man to fish” side of that old adage. I don’t want a free resource for my church, so much as I want help developing resources tailored to my church’s distinct needs.

I love YouVersion app provided for free by LifeChurch.tv—what’s not to love? However, I would love it if it could opened up as a sort of platform wherein churches could construct devotionals and discipleship material that lines up with their current campaign or with their larger ministerial vision for their church body.

That isn’t meant as a complaint against or criticism of YouVersion. I can’t imagine how much more work my idea would add to their currently massive endeavor, so I totally understand why they haven’t and probably never will do such a thing.

The point is that there is so much I feel like could be done by the Church if small and medium size churches were resourced to build their technology rather than just given their technology.

A Conference and So Much More!

If we had a conference, what would we talk about? What would we teach each other? I’m not totally sure, but I’m pretty sure that the possibilities are endless. People could submit presentations ahead of time for a body of church tech experts to weed through before giving potential attendees a chance to vote on which topic they would like covered.

But moving beyond the conference itself for a minute let’s ask ourselves: What really makes WWDC cool? It’s the fact that Apple reveals what’s coming down the pipeline with regard to new hardware and software. It’s like Christmas in June. How do we do something similar?

Would it be possible to essentially create a “church tech” platform, complete with SDK? I’m not suggest that we create a “Christian culture” rip-off of iOS or Android, but what if we were able to build a platform within those worlds or within the larger context of the Internet? We could develop an open source, church tech platform that would function in the same way that WordPress and Joomla do. For example, I’ve already written about how awesome PressBooks is, and I’m pretty sure that I made it clear what I love most about PressBooks is that, because it was built on the WordPress platform, it was stable, easy to use, and powerful.

What if we had a platform for churches to use when building their websites, blogs, check-in apps, etc.? Even if we had a centralized location—a Church GitHub—where developers could place the source code for the church tech standards I just listed, then churches would be able to have a starting point to customize their own sites and apps on already established platforms like WP and Joomla.

So maybe a conference would be putting the cart before the horse, but I do think that this where we should be heading. Technology is only going to be growing as a part of ministry. Even still, we need to start small. But even that contains a problem:

I’m not a developer.

I’m sitting here typing this article, feeling really guilty about the fact that I’m calling for a church tech conference and a platform for church tech development, and I can’t really do much to launch either. So where does that leave this post?

With a stripped down moment of candor I hope.

These are all just ideas; ideas that I’m not able to do much with. But what if you can? What if you have the abilities to develop some basic sites and apps for churches to work with? What if your church is perfectly positioned to being host a tech conference?

What if you’ve been thinking about this for a long time and this post confirmed for you that we need this? What if God is actually telling you that this is supposed void I’m whining about is yours to fill? 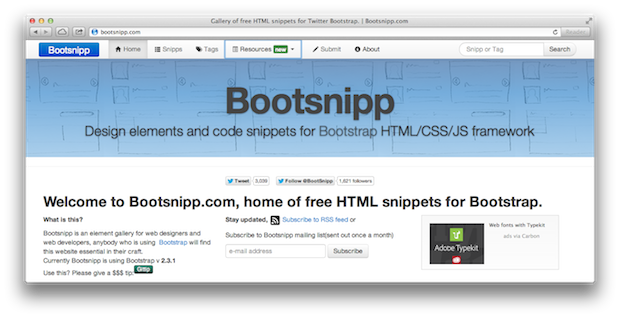 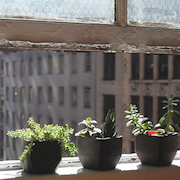