ChurchMag / Mobile / The History Between Tablets And Microsoft

The History Between Tablets And Microsoft

A few weeks ago I started to draft a series of posts looking at Windows 8 and it’s usefulness or lack-thereof. Then Microsoft announced their Surface Tablet (which Jeremy has already touched on). While my previously mentioned series will come later, I wanted to take the next two days to talk about the history of tablet computing, and the Surface itself. This is an exciting time in the history of computing, where increasingly tablets are becoming the norm for people to get real work done and Microsoft is taking great strides to make sure they are part of this historical time.

Today I want to focus on the history of tablet computing, and Microsoft’s part in it. Tablet computing can actually be traced as far back as the late 1800’s, when a precursor to the modern fax machine was patented that used similar technology as telegraphs and would allow one to control what was being written on paper from afar. However, over the decades and through the 90’s there wasn’t much progress in the area of tablet computing. There were small strides made here and there, and if you look hard you can find some very interesting looking devices, but most of them really weren’t very practical. However, for a long time there has been a champion of tablets who has done a lot to keep things moving forward, and interestingly enough, this champion was Bill Gates.

While there was a little progress with tablets through the 90’s, things started to really take off in 1999 when Microsoft started working on making Windows function well on a tablet. In 2000 Bill Gates took the stage at Comdex in Las Vegas to show off the first Tablet PC. In 2001, while this form factor didn’t take the consumer marketplace by storm, it did start to find it’s marketplace in corporate America, especially with highly mobile workforces like salespeople, healthcare professionals and others. For many years there was some consumer adoption of the tablet, but it was mostly used in corporate settings. This didn’t shake Bill Gates’ faith in it. In 2005 he talked of a device that sounded a lot like the iPad, with an all day battery. In fact, if you search the web, you can find a lot of interesting things that Gates said in 2005 and later reaffirming his belief that tablet pc’s would be huge. He isn’t just someone who liked tablets; for years it is what he has been using.

Interestingly, even though Steve Jobs wasn’t very interested in tablets in 2002, it was Apple that came out with a device that came close to measuring up to what Bill Gates has been predicting for years. Tomorrow we will take a look at Microsoft’s next step in tablet computing with their new Surface Tablet.

What do you like about your iPad, or what excites you about the Microsoft Surface and other tablets like it that will be coming out next year? 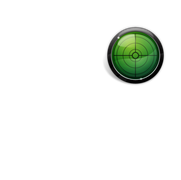