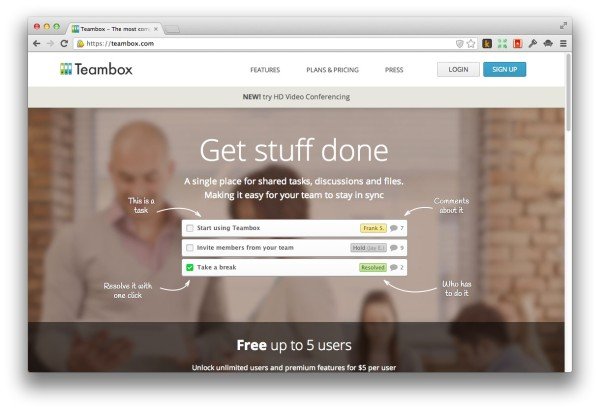 I love organizational tools, but I’m also hyperactive. If I can’t master this new tool in a weekend, I’m moving on. Few organizations new digital organizational support like churches, and yet it seems that few churches truly take advantage of them. Part of that could be cost and part of it could be learning curve. That’s why I’d like to present a free tools that relatively low learning curves.

Teambox: All You Can Want and More

Let’s get this straight right off the bat: I really like Teambox. I worked with the iOS app a little, had some slight problems due to a condition known as “sausage fingers,” as discussed on the ChurchMag podcast. Despite that small frustration, the web experience was pretty darn awesome. Check out how organized I was able to be after only about an hour or so. 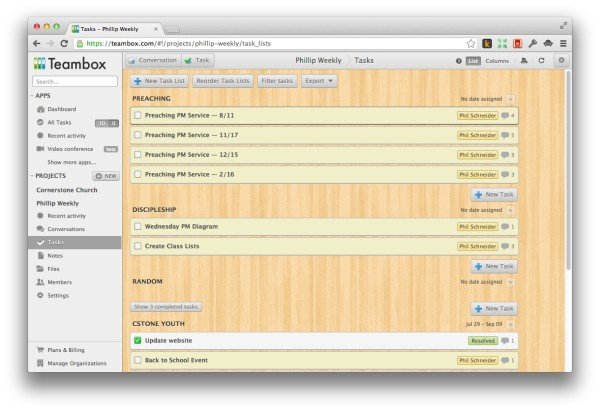 My leader pastor and I were also able to easily sync my project list with his account so that he could see what items were on my agenda for the next few weeks. Can we say “accountability”? Lack of accountability is one of the greatest ways to waste time, so any system that increases it to healthier level is fine by me!

As far as options go, Teambox has it in spades. You can comment on a task, share a file, assign tasks, and a whole host of other neat things. Honestly, I don’t know what more you could ask for.

And therein lies the problem.

Limited By Its Unlimited Potential

Teambox is free…up to five users. After that, it’s $5 per user per month, and that adds up quickly. Now, I did contact Teambox about non-profit pricing, and I heard back quite quickly. Apparently, non-profits can get Teambox’s premium features unlocked for 40% off the regular price, but they must have ten users at a minimum and must sign on for at least a year. In case you’re math skills are as bad as mine, that’s $360 a year. I’m not sure your church can swing that for a fancy to-do system, but mine can’t. So, in effect, Teambox’s awesomeness killed if for us.

“How’s that?” you ask. Well, quite simply, it was so good that we couldn’t limit it to just five users. See, we have five pastors at my campus, but we have other churches in our network. It would have been great to have been able to include at least our “network coordinator” and the pastor of our sister campus in the system. It would have also been great to able to add our two part-time secretaries and our building manager. So you can see, Teambox was good, so incredible at what it does, that we wanted to include everyone in the system, thus making the system unusable for us. For all of you graduate level history majors and social theorists out there, doesn’t this sound like Habermas’ “public sphere”? (Why yes, I am a total dork. Why do you ask?)

After a week, my pastor and I concluded that we had found a great tool, but we needed something else. Something…even cheaper! And so we embarked on an epic quest, which ended a few minutes later when we downloaded a new app!

But more on that later. Right now, I just want to say that Teambox truly is awesome, but we honestly don’t need all of the functionality it offers. We’d rather trade some of that in for more free users.

What do you use to keep your team organized? Would you consider Teambox? 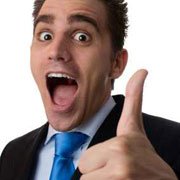 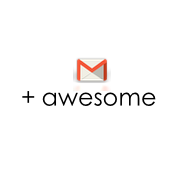