Reaching Out to the Hurting

A few weeks ago my wife an I were in Ohio, back on the campus I went to college at, helping some of the students there with their ministry. Since I rarely have an opportunity to be there, it was exciting to be back. One of the things we did was go out and looked for students who had some time, and asked if we could talk with them. One of the students that we talked to has been in the back of my mind, and in the conversations that my wife and I has had since.

It was toward the end of the day that we were planning on spending there, and we decided we were going to talk with one more student. My wife and one of the student leaders there found someone who looked like she wasn’t busy and approached her and in the beginning I sat nearby watching what was happening from afar. “Hi, we’re with Campus Crusade, a Christian group on campus and we were wondering if you would be willing to do a quick survey with us” the student leader said. Right away this student was engaging, but concerned that she would somehow mess up what we were looking for in our conversation.

After a few minutes talking with her, we learned that she had been married to a pastor. She had kids, and her marriage was not a safe one. She was abused and eventually for the safety of her and her kids, she got a divorce. She said that she tried to give God a chance, she went to other churches, but even in these different churches, she wasn’t seeing this God of goodness that Christians believed in, and that she so desperately needed. She asked “How can God allow little children to be molested, without doing anything. Can’t he at least have a pizza delivery guy go to the wrong house?” It was clear that this was very personal to her.

We had a good conversation that day, she was very open to talking. she wasn’t vindictive, or angry at Christians, but she had been hurt, and while she was willing to continue the conversation about God there with other students with Campus Crusade, she was not able to trust in God’s goodness, and I pray that someday she will be able to.

This is a situation that many different Christians might approach differently, and honestly, I don’t think that there is a perfect way for anyone to reach out to someone who is hurting. I also believe that if we are walking in the spirit, then God will help give us direction, he will give us the words to say, even when we don’t know what to say. That being said, I would like to hear from you, how would you have talked to her.

As we have shared this experience we have heard some different thoughts. One thought was to just tell her the truth. To remind her that this is a sinful world, and innocents will be hurt in it. To ask her if anyone prayed for the children who are being molested. I don’t think we would have been able to do that however, she was hurt, she didn’t need truth right now, she needed love. Another thought was to sympathise with her. To tell her that these are hard issues, that to be honest even I struggle with sometimes, but to also tell her that we know God is a God of love, and that we can trust him. How about you, how have you reached out to hurting people before, and how would you reach out to her. 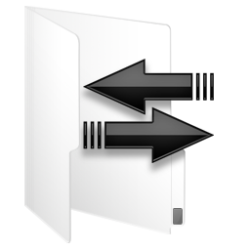 Share Large Files without Signing Up for a Service