In a few words:

Viral, by Leonard Sweet, is the book that all us church tech geeks need to read in 2012.

In a few more words:

Viral, by Leonard Sweet, hit home for me unlike any other book in recent memory. As I was reading through my copy, I literally felt a whole range of emotions. I wanted to literally cheer Len on as he so eloquently describes the opportunities that technology offers us for evangelism and discipleship. I was heartbroken in realizing that there are people who will read this book and still not get it. I was jealous that I didn’t write it myself.

In Viral, Len has basically written a how-to manual for people of the former generational mindset to move into an understanding of the rising generation’s way of life. In comparing and contrasting a Gutenberg culture with a Google world, Len gives example after example of cultural change through history and present day events. For Gutenbergers, this book should help you find value in all the tweeting and digital community us kids are doing nowadays. For us Googlers, it’s a stark reminder that there was a whole world that was constantly changing even before we were born.

Len approaches this new world as a TGIF world; a rising generation whose social interactions and medium of choice are built around Twitter, Google, iPhones and Facebook. The quote that summarizes this book the best is:

The world has changed in such a way that these digital innovations have literally embedded themselves into our lives and into our relationships. We are no longer confined by time and space; we can asynchronously communicate with the whole of the world if we want to. From a distance we can create the closest of relationships. And, of course, Len does take time to point out that from that distance we can create deep relationships but not always really know what’s going on in someone else’s world.

So why do you need to read Viral this year?

Because, if you frequent this site, it’s probably the book you wanted to write, too. A master wordsmith, Len is able to articulate the potential lying behind all of this digital shift for the good of the Kingdom. In just a few short pages he is able to extol the virtues of tweeting your life and then make you yearn for poetry (no really… he spends a whole chapter going off on the need for poetry in today’s society. It’s quite the random aside, but also quite effective!).

The subtitle of the book is: How Social Networking is Poised to Ignite Revival. And that title/subtitle combination is perfect. Most of the reader on this site will hear the word “Viral” and know exactly what the book is about. For the rest of the world, the subtitle gives you a glimpse into what you’ll get out of it: an understanding of how social networking isn’t here to destroy relationships and spirituality but, instead, can be used to spread the Good News further and faster than ever before.

For full disclosure, my name is in this book. A few years ago, I had the honor of helping Len “break in” to the social media space. It was during a lunch between me, my wife, and Len that I first shared with him the analogy of Twitter being a modern day market square or village green. As you went about your daily business you would bump into each other, sometimes talking about the mundane and sometimes diving deep. We can do that again now, thanks to the ever present common space of the net. I can mutter things on Twitter and Len – or you – miles away can pick up that comment as a hook to begin a conversation.

Throughout the book you’ll find other names of people in Len’s life; students, online friends, and about a hundred quotes from people throughout history. In Viral, Len not only explains what the world is like, but, through his own life, shows what the world could be like. If you get only one book this year, get Viral. And then spread it to someone who needs to understand all the potential for sharing the Gospel that is right here from our fingertips to the world. 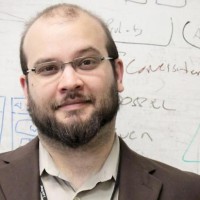 Aaron is the Executive Producer of Digital and Creative Services for B&H Publishing Group and MyStudyBible.com. He blogs about Voltron action figures at AaronLinne.com. Play games with him on the XBOX by friending his GamerTag: Top Rope Suplex 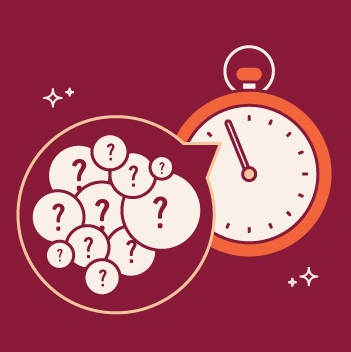 Is the Internet Making Us Impatient? 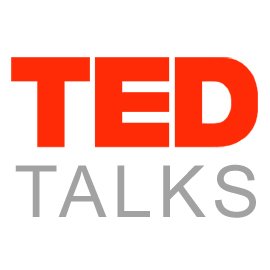