So yesterday after the geek fest known as WWDC, twitter and the interwebs were frantic with developers and geeks alike wanting the new iOS5 beta. I honestly can say I was one of those wanting to join the developer program just to get the newest beta!

It was released to the community of developers yesterday, but is it worth the jump to the developer crew just to get your hands on it?

Apparently there is a down side to spending 99 dollars and getting the latest beta of iOS 5. You should know that Apple has said (via image below) that any device updated to the beta cannot be downgraded back to iOS 4. They will only be able to further upgrade their device and eventually install the final iOS 5 release.

This note was delivered to developers alongside the latest builds of iOS 5. As most of you may know, downgrading has not been supported since iOS3. With tools out there to allow for jailbreaking, there are ways to kick your device out of the said errors and downgrade if necessary.

For the larger developers, this shouldn’t be an issue with multiple devices, but for noobies such as myself who have one device, it could be fun!

So who out there is a developer and going to upgrade to iOS5? Who is going to add my 3GS to their account so I can!?!

[via AppleInsider | Image via Dekuwa] 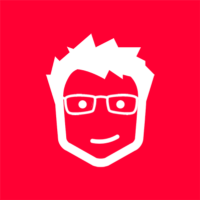 I and my family live in Baltimore. I define myself as a Geek, Father and Son of a Mighty God. What comes next is what I am looking forward to, all the while trying to not miss the now.

Add Some Humility to Your WordPress Admin