Hulu Plus Versus Netflix

Jeremy approached me with an idea in January of this year. Usually his ideas involve saving money in one way or another and this one was no different. (Our cable bill was nearly $80 a month!) He said, “what do you think about getting rid of cable?” My first though was it is going to be horrible and boring! Somehow he talked me into it and we got rid of it a few days before our son was born. We decided to try Hulu Plus instead and just a few weeks ago we subscribed for the one month free trial of Netfilx. It has been been an adjustment not being able to flick on the T.V. and watch something live like the news or more importantly to me, the FoodNetwork! However, both Hulu Plus and Netflix have great benefits and some down falls as well.

Overall, both programs are great. They both are affordable and together are cheaper than a monthly cable bill. The combination of the two gives you access to previous seasons of T.V. shows as well as current episodes. Why not give them a try? 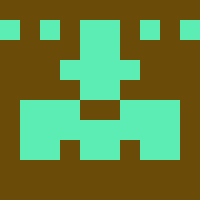