ChurchMag / Mobile / Android / How Do You Choose Smartphone Apps?

How Do You Choose Smartphone Apps?

I am definitely an apps guy.

I pick mobile OS’s based on functionality. I believe apps extend that functionality. Even when I used a BlackBerry, I liked the fact that I had all the apps I needed.

My love for apps clashes with my need for mobile order. I hate keeping apps I don’t use enough. Some of it hearkens back to my BB days (spinning hourglass, anyone?) and some of it is plain app drawer OCD (even rows look better, no?).

The point is, apps have to earn the right to be installed on my device. Even though space has never been a concern on my EVO, I religiously cull unused applications periodically.

So, how does an app earn the glorious honor of residing on my device for more than two days?

If a built-in app works, I use it. Case in point? The Android browser. It renders well, handles flash and works well with other applications. In this case, it has saved me space, because I don’t need another option. If the stock option is good enough, let me have it.

When I first started using Android, I struggled to make my email mimic what I had on BB. Than I discovered the allure of stock Gmail and IMAP.

Of course, the term “works for” varies for different folks. I like album art on my music player. My wife doesn’t. I use MixZing. She uses stock.

Don’t Be Scared to Get Your Columbus On

Just because the stock application works, and gets rave reviews, doesn’t mean it is the best option for you. Look around. There might be a third-party app that fits you better, with an overlooked feature that you prefer. You might not know where you land, but chances are, you’ll find a gem, particularly if you have a huge selection (like iOS and Android app repositories).

I rely a lot on peer review. If an app is rated as being bad by numerous users, chances are it is bad. Research is key. It can save you a bunch of useless downloads.

We love our platforms.

Whatever your flavor, one thing remains: Techies, for the most part, are a fickle bunch. We like the best. Problem is, someone figures out how to trump what is “best” quite often. So our tastes change. Now, I look for apps that are not specific to one OS. I want an app that I can use even if I change to a different OS. This might even save me a few bucks. I am using HanDBase on my Android device now, after using it on my Palm in prehistoric times. The databases I created on it are available to me now, a decade later.

This is one reason that Evernote is a my notepad of choice. There are flashier options, but if I ever change to another major platform, there will probably be an Evernote iteration there too.

Tomorrow, if I decide to lose the Android tattoo and don iPhone bling, I want to be able to use the same apps that I am used to.

I have thrown my lot-in with the concept of cloud computing, and I want my apps to do the same. I want access to my stuff on the go. I want access to information from numerous terminals. I want background syncing. Take my oft-mentioned Dropbox, for example. I readily admit that there are several compelling alternatives out there. But, when you tack on price, accessibility and mobile functionality, it is tough to beat.

YouVersion is another cloud computing app I favor. Astrid Tasks, QuickOffice Pro and Business Calendar are task-oriented apps that I dearly rely on, and they all have cloud functionality.

To illustrate this, allow me to bring to you the Tale of Two Popular Android Apps: App 2 SD and CacheMate.

The former is an app that assists with identifying and moving apps that can be stored on SD card, saving on internal space. The latter cleans out app caches, thereby ensuring the device runs smoothly.

However, a little known attribute of App 2 SD is that it clears cache too (and better, IMHO). Two apps then became one. Bye, CacheMate.

Another example is an app I used to use, Rescan. It scans my media card for newly added media files. I found out my radios widget, SwitchPro, has the same functionality, so I removed Rescan. Now, along with being able to toggle Bluetooth, WiFi and GPS radios, I can also initiate a scan with one finger tap.

If an app can make me smile (or my wife or child), then it works for me. Phineas and Ferb via Netflix, Angry Birds, Ninja Rush, Wordfeud and others make me and mine happy. No other reason needed.

It differs for everyone. Some folks are app pack rats, and if you can reconcile space needs, then it’s all good. I figure that if I haven’t used an app for a few days, I can probably ditch it. Even if I do want it at a later time, I can re-download it quickly. Amazon Appstore freebies I keep off the device; I can get them whenever I want.

For the record, I have 95 apps installed and all but 4 are on an SD card.

How do you pick apps? How many apps do you have on your device currently? 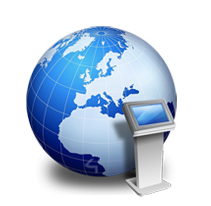