Exodus of an Apple iPhone App

This past spring, over 100,000 people signed an online petition asking Apple to remove an app from the iTunes store.

The app claimed to be from an “anti-gay” Christian organization, Exodus International.

Basically, the app was a portable version of their website. It included a calendar of events, news, links, social media and videos – all reflecting the stance of Exodus International’s stance that someone can be counseled away from homosexuality.

We removed the Exodus International app from the App Store because it violates the developer guidelines by being offensive to large groups of people.

Let’s overlook the nature of the app and inspect the situation.

I’ve never liked boycotts and I’ve never been much of a fan for petitions. As a kid, I remember hearing about boycotts on Christian radio. I think there’s greater and lasting power in loving your neighbor than refusing to do business with them. I find it a tad ironic that the same tactic used in the past (and today) by Christians, has swung around and slapped us in the face.

A similar situation arose last year when an “anti-gay” app was removed after 7,000 petitioned for its removal. Apple said,

… it violated its developer guidelines by “being offensive to large groups of people.”

With only 7,000 weighing-in, what other apps could be removed?

How many find the Bible offensive?

Is removing apps from an iPhone the same as burning books?

Perhaps, it is what it is, and Apple can do as they please. 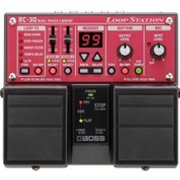 Beautiful Looping of The Gorillaz [Video]