One of the big stories in the wireless phone service world recently is the proposed acquisition of T-Mobile by AT&T. This is huge news, because if the merger is approved, it would allow AT&T to surpass Verizon as the biggest carrier in the US.

Strategically this seems like a great move for AT&T, since it would allow them to expand their coverage with T-Mobile’s existing towers, as well as begin a faster rollout of 4G. There is another player in this game who is not so happy about this, and they’re being rather vocal about it.

Sprint has released a statement, published over at Mashable saying that if the merger is approved, the government would be allowing AT&T and Verizon to gain “duopoly control over the wireless market.” While this may be a somewhat valid point, the timing and manner of Sprint’s response makes it seem that they’re simply trying anything to keep from being pushed out of the wireless service game, since they’re currently in third place in terms of number of subscribers.

AT&T also issued their own statement, in response to Sprint’s, saying they will “focus on their own strategies for serving customers rather than being distracted by challenging the business strategies of others.”

I think this will be an interesting battle to watch unfold, and I believe only time will tell if this merger will be a good thing for the American consumer or not. Where do you stand? 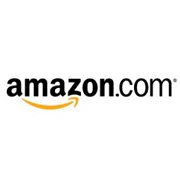