The newest and hottest computing device on the market is the tablet. Some are predicting that this device will replace all personal computing in the next three to five years and if they continue to improve it, I am happy to agree. That being said, I would like to see a bigger market of competition and the levels of products out there are just not comparable at this point. But with time and a huge profit margin nearly guarantees that this will happen soon enough.

Here are our top two choices for tablets and some others to avoid.

Pastors are constantly writing and delivering sermons from these devices as well as reading their favorite books and at such an affordable cost compared to full sized tablets, you would be crazy to go any other route. The tablet market is only growing, but Nexus 7 is leading the pack in terms of cost.

The Nexus 7 is solid because it fits better in your hand, stronger aspect ratio, and better screen resolution. In every other aspect they are nearly identical (except the iPad Mini’s rear camera). Yet, even in Nexus 7 being a better tablet, it costs $120 less than the base iPad Mini.

In comparison, I am not anti-Nexus 10. If you have the cash and are truly looking for a true tablet that is bigger than seven inches, go for it. That being said, I do not see the reason to pay the extra cash and if you are going to pay the $399 for the Nexus 10, you might as well drop another hundred for the iPad.

If you have the money and want a true tablet, I highly recommend the iPad. It is by far the supreme tablet out there. Of course, how are you going to justify paying for an iPad. (I’m not saying it cannot be done, but you need to be paying for more than just the “social status” of having an iPad) Unlike the very minimal improvements from iPad 2 to iPad 3, the fourth generation offers significant speed, screen resolution, and power above and beyond the previous.

In comparison to the Kindle Fire HD, the operating system with Amazon’s tablet is far inferior that I would not even recommend getting it. In the same regard, the specs are better on the iPad than the Nexus 10. In all honest, with a Bluetooth keyboard, this is a possible laptop replacement solution if you are doing basic computing and a wonderful device to have for blogging, studying, and surfing the web and Facebook.

That is our thoughts on tablets. We would love to hear your thoughts and reactions to our picks. Agree or disagree? Did we miss something? 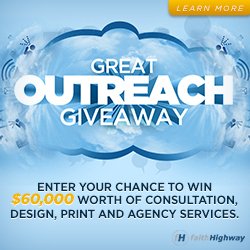