What has come of my “research”? Nothing really, except some “scratches” to the old noggin.

You really have to see it for yourself.  OnTheCity.org is a community-building resource for ministries and churches.  Think of it as a social network for your church.

It apparently is chalk full of your standard-issue social networking functionalities like blogs, groups, personal profiles, and file sharing (images, media, etc) but it also has event management built in, some geo-location for small groups, and bible passage reading and scripture memorization excercises.

It’s also a “proven” platform with nearly 85% of Mars Hill Church’s congregation signed up (which is a large chunk of it’s 7,000 or so memberbase).

A juicy catch, right?  Zondervan (and their crazy-big parent company) apparently thinks so.  On November 19th they announced on their blog that the big “Z” hooked them up with a purchase.

“build out the program’s current features and offering scalable and customizable modules to churches nationwide who want to create their own vibrant, interactive community for members.”

It means that innovation just got routed into bureaucratic monster and News Corp (whoops, didn’t know that Z was in the NewsC? sorry…) hopes to sell something that a ministry or organization could get for free off the shelf.  Elgg.org is only 1 such open source social networking app alternative that kicks butt and that could do a fine job at no cost.

And even after reading this exhaustive PDF from Pastor Jamie Munson to the congregation at Mars Hill Church, I’m still a little “confused” about the bottom-line motivation:  It’s comforting to know that they are interested in extending the model for the adoption and use for other ministries… that’s awesome.  And I totally understand that because of their “lean staffing model” they do not feel they can manage the product well enough to ensure maximum adoption and use by other orgs… but did they consider all options?  Did they consider an Open Source model?

You see, with a little strategy, the product could become even better because of hundreds (if not thousands) of passionate and motivated software developers, be leveraged by thousands (if not millions) of end users, be managed globally by people who are so passionate about the product that you don’t have to pay them, and be offered and available at no “cost” to any ministry that wants to set it up.

The financial boon of 4 million dollars is sweet, and I’m super excited for Mars Hill Church; they are doing great things for the kingdom.  But selling it to a News Corp, (and I’m going to say this again, since I worked for them once at another “spiritual” business), a bureaucratic monster, doesn’t give me much confidence.

But I hope I’m wrong.

I’ve just seen amazing products, hopes, dreams, roadmaps, and software get “stuck” because of the “business”.  I hope the result isn’t the same with OnTheCity.  I hope I’m so far off here that I can be again proven that I’m human and do not have the gift of prophecy at any stretch of the imagination.

Hoping and praying to be wrong.  Check out the screenshots at their site, their demo vid, and drop a prayer for it too. 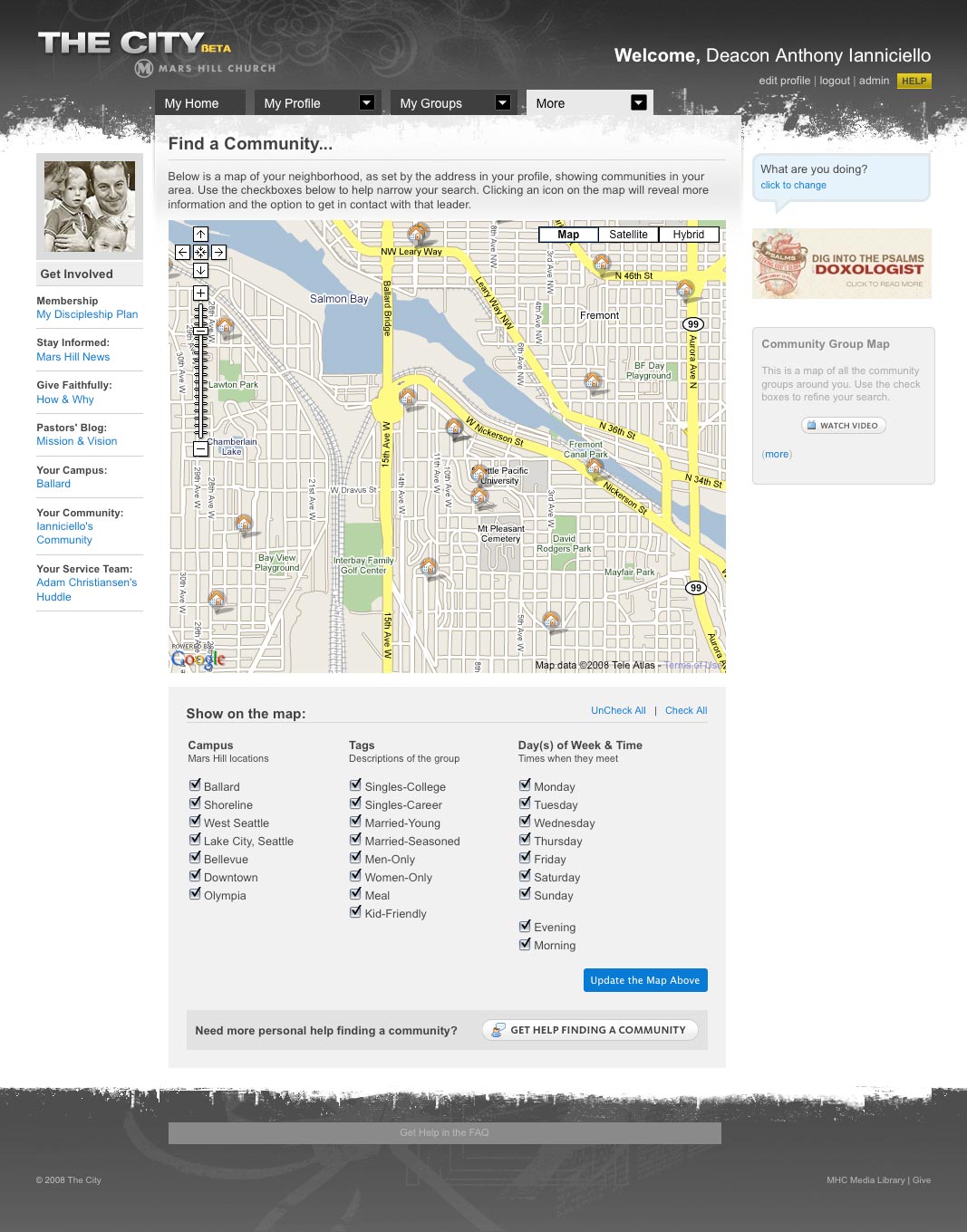 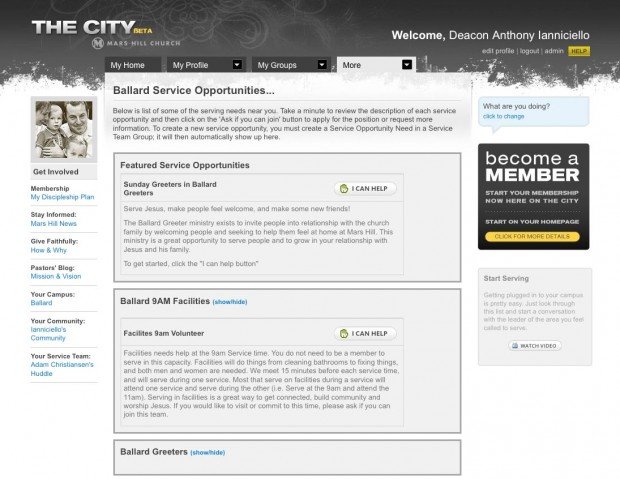 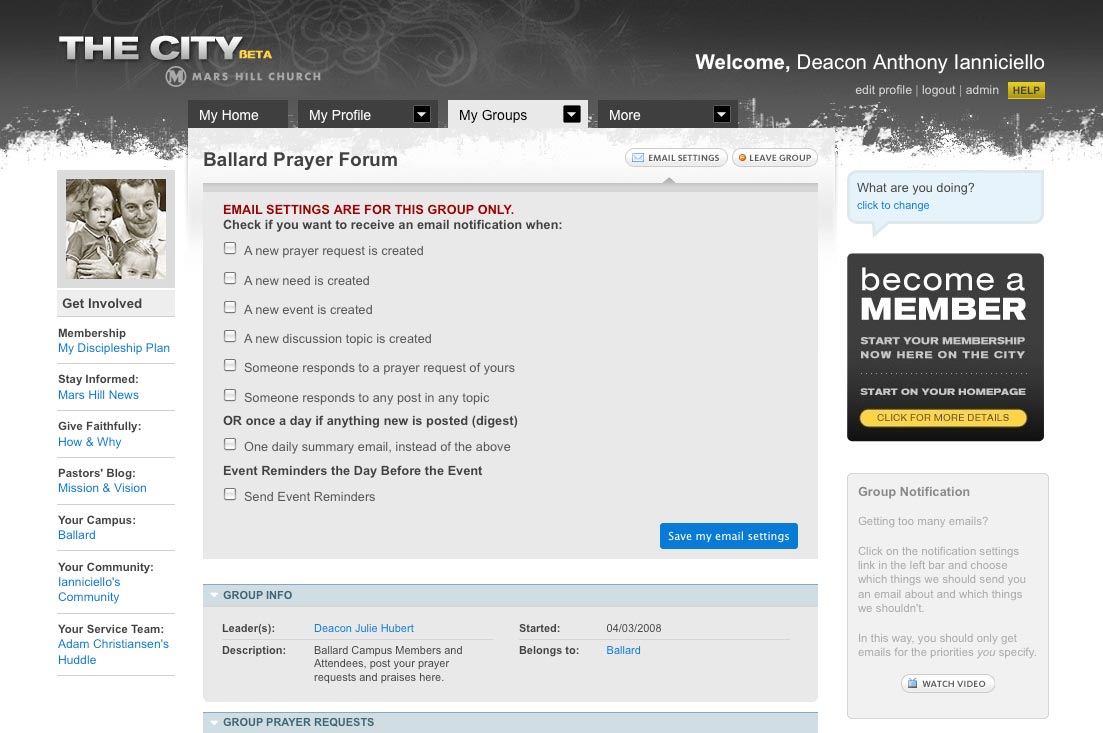 The Church of Blog

Simple and Effective – A Case Study