The Drupal software code for the ITDashboard.gov tool has been released!

Built on Drupal by REI Systems, the IT Dashboard was created for the purpose of making government programs more transparent and accountable. With the source code being released, this same application can be used and customized for any organization.

This is important for Drupal and Open Source: the U.S. Government, one of the largest IT buyers and users in the world, has just taken another big step in embracing Open Source and becoming an active contributor. It also enables us, the Open Source community, to help the U.S. Government enhance ITDashboard.gov or to recommend it to our respective governments all around the world.

You can find the source code at http://www.cio.gov/tools/.

Getting Rid of Gadgets 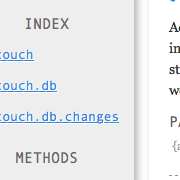