Whew. Jailbreaking My iPhone No Longer a Sin!

By now many of you have already heard that a new DMCA Rule states that “jailbreaking” your iPhone (and other such mobile devices) is not illegal and that you can run these “unauthorized” apps legally:

Owners of the iPhone will be able to legally unlock their devices so they can run software applications that haven’t been approved by Apple Inc., according to new government rules announced Monday.

As one friend jokingly mentioned the other day:

I found this hilarious but at the same time intriguing, for a number of different reasons. 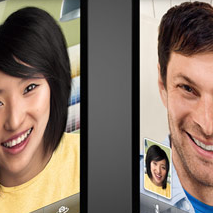 Using the iPhone 4 and FaceTime for Mobile Pornography

Why? The Walking iPad…