The writing has been on the wall for some time, now. Adobe had been making big changes and updates to most of their apps except Fireworks, and on the day they announced they were killing the Creative Suite for the Creative Cloud, they also announced they would be ending the development for Fireworks.

Most people won’t miss it, as it’s been the red-headed step-child of the Adobe apps ever since it was acquired by Macromedia. An acquisition we all new was made for Dreamweaver and Flash.

Fireworks was an old favorite of mine. I’ve mocked-up and developed many websites with its pixel perfect, made for the web approach. It was one of my favorites, until I recently found a better solution.

In fact, I’ve started to find a number of solid Adobe alternatives, that are not only more cost effective, but do a fantastic job. There are becoming fewer and fewer Adobe apps that I would consider using from the bloated number of apps included in the Creative Cloud.

Here’s my personal favorites, but I would love to hear yours!

END_OF_DOCUMENT_TOKEN_TO_BE_REPLACED

I currently have a vested interest in work specifically with teenagers as a youth ministry worker and so infographics like the one below are always going to be something that fascinates me. At the other end of wanting to know for adults what is going to be the next big communication device, app, or medium, the trend has nearly always come out of what teenagers are doing. Look at instant message, Facebook, SMS, and video chat. All were popular by teenagers first. So the infographic below is important to all ages.

END_OF_DOCUMENT_TOKEN_TO_BE_REPLACED

Last month, we kicked-off a series of monthly ChurchMag wallpapers to rock on your desktop and mobile devices.

For the month of May, Marcus has put together a bright and sunny design.

Check this out and download some of this awesome:

END_OF_DOCUMENT_TOKEN_TO_BE_REPLACED 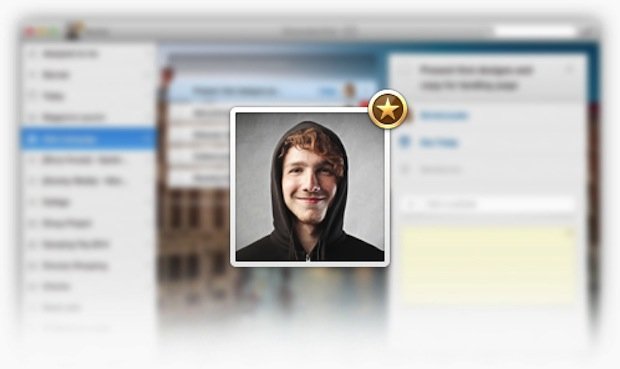 I love Wunderlist (now Wunderlist 2), so I was really excited when the news of Wunderlist Pro dropped in my email inbox last night.

END_OF_DOCUMENT_TOKEN_TO_BE_REPLACED

I’m sitting here saying it out-loud to myself despite the odd looks I’m getting from my wife.

I can hardly believe it.

Since Google has been killing-off products I use, it’s get me re-thinking about other tools. I’m not complaining, either. Well, maybe at first, but my eyes are opening up to new solutions, which is aweseome. I’m coming to terms with the fact that I may have been a Google fanboi. It’s true. I hate to think about it, but its true.

Now that Google Apps for Business is no longer free for the first ten users, I’ve started to keep my eyes peeled for a good replacement. I’ve also been thinking about a good way to deal with all the Microsoft files people email me. I usually pull them up in Pages or Numbers and everything is chill, but I like to keep things native. I would have never thought that Microsoft–did I just say, Microsoft?–has killed these two birds with one stone.

END_OF_DOCUMENT_TOKEN_TO_BE_REPLACED

We’ve been wanting to this on ChurchMag for a long time, so I am very excited to share with you are first, of hopefully many, ChurchMag desktop wallpaper calendar.

As this is the first edition, we thought it best to keep it simple.

So, without further ado, the first ChurchMag desktop wallpaper calendar: