All I Wanted For Christmas Was a New Social Media Platform

Facebook admitted that autoplay video ads are coming to everyone’s feed. Last month, they confessed that teens really are losing interest in the social media network, and then ChurchMag’s Facebook widget decided to go cray-cray on us.

So what does this all mean?

It means that Facebook is terrible, and it’s time to leave. The party’s over, folks; let’s stick Zuck with the check.

Facebook isn’t evil, but it is annoying. It’s code never functions the way it should — it’s a victim of its own success. Facebook seems to be too big to slow down and do things right. Consumed with the “new,” they’re constantly redesigning, redoing everything without perfecting anything.

Options, settings, security features never change. One could write a blog solely focused on keeping people up-to-date on Facebook’s changing/relocating of various settings and features. Why is this a big deal? Because I’ve “turned off” app notifications about a million times, and yet every few days some well-meaning fifty-year old whose new to the “interwebs” invites me to join them in four different, increasingly stupid, games.

Why is this Facebook’s fault? Because it just is.

The real issue here, aside from Facebook’s lack of consistent design and function, is Facebook’s lack of consistency in anything. Facebook Pages were all the rage for churches the past few years until we began to realize that Facebook was limiting the reach of a page’s posts unless money was spent to increase the posts’ reach (learn more about their latest change). Effectively, your organization’s posts are being held hostage, and your “fans” will only see them if you pay up. So much for Facebook being the social media platform for churches.

I would love it if everyone in my church quit Facebook and joined me on Twitter, or we could all join Dustin Stout on Google+. And yet, that would still leave countless individuals on Facebook without the positive influence of an entire congregation.

So what’s the answer?

Churches should have never based all of their social media efforts on Facebook. Sure, I’d pick one to spend the majority of my time and effort on, but to only use one, to only market yourself on one platform is to base the success of you online presence on the success of a single company’s platform. It ties your fate to theirs, and it allows them to limit your reach online. Imagine a church the sunk all of their resources into connecting with people on MySpace. How do you think they would have felt in 2008 when Facebook stole their social media crown? I ask because you’ll probably feel the same way when Facebook cuts you off entirely or another, hitherto unknown, players overtakes the social network.

I’m going to start increasing my church’s presence on Twitter and will look to expanding to Google+ by the end of next year. We’ll never quit Facebook, but it does feel like Facebook has quit us. This is where walled-garden social networks like The City and other systems begin to make sense, despite the problems they pose.

What will your church do to overcome Facebook’s negative changes?

Video Editing on a Budget 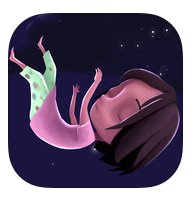