A few weeks back, while working with my youth, I whipped out my Android HTC EVO to access my pre-marked notes in my trusty YouVersion Bible app.

When I looked up to give my customary “put-your-phones-away-unless-you-got-digital-bibles-on-them” warning, I was surprised. Four of my teens had smartphones. Three Android devices, and one BlackBerry. And they all had the same Bible software running on them.

The Android fragmentation label is one which, depending on who you ask, is either inconsequential or the downfall of the platform. Compared to the iOS business model, the Android experience can be a bit, uh, different… particularly to the average consumer.

There are a million points and rebuttals to me made when the issue of fragmentation comes up.  The truth is that the sheer amount of Android-powered devices on the market, coupled with Google’s hands-off marketing approach can make it tough for Joe Public to associate device with specific OS.

To understand what fragmentation is, you have to understand the open source nature of Android. Manufacturers (and wireless carriers) get the OS practically open-ended. They put their own user skins on top of the hardware (Sense for HTC, Blur for Moto, TouchWiz for Samsung, etc.). They create differing hardware, and further muddy the waters by either delaying or ignoring OS updates based on what they want on their devices.

Thus, you can have two Android users with two very different models and OSes.

Yes, you can root… but not everyone will bother, and there is something to be said for optimal usability out of the box.

The new national obsession known as Angry Birds really underscored the issue. On newer, higher end Android devices, the game was flawless. But on older/lower-end devices, it was plagued by performance issues that rendered it unplayable on some. The developer, Rovio, had to create a whole new version.

There is an advantage to the way Google does it (or, to be more accurate, allows it to be done). Basically, when Google developed the OS, and subsequently gave it away, they allowed capitalism to take it’s double edged course. There is an Android device for everyone.

You can get one with all the bells and whistles (kickstand, people!), or shoot for one that is cheaper. You can get one on a traditional post-pay, or on a tween-control prepay. Like Samsung? Motorola? Does HTC tickle your fancy? How about Kyocera, or Nokia? There’s an Android for you.

And, that, dear friends, may be the true advantage. Choice. More choice equals more handsets sold, and more sales give Google an even bigger piece of the consumer information pie, which is what I suspect Google is really after.

The aforementioned rooting (creating the ability to be a superuser via means of software manipulation) does bridge the gap, and gives longer shelf life to older devices. The process is easy, almost idiot-proof and allows folks to load newer ROMs on devices the carriers and manufacturers have abandoned.

The Android platform has the most active developer community in this regard. Rooting, while entirely legal in and of itself, does void warranty with most carriers.

Before Android adherents join hands and do a victory dance, it has to be said: sometimes, consumers just want familiarity wrapped up in awesome, and that is what iOS and the iPhone provide… a one-stop device with great specs, tons of applications and a great reputation. To underline that point, quite a few of my youth have iPod Touches in addition to their lower end smartphones.

Apple knows how to get customers, and that is where Apple excels.

Welcome to the never-ending platform wars. Hopefully, they never end. You and I win.

10 Free Fonts Used By The Oatmeal 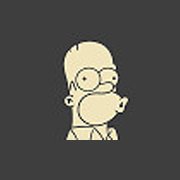