This from Geek O System:

A recent experiment headed by Wilhelm Hofmann of Chicago University’s Booth Business School shows that urges to tweet are extremely hard to resist, harder to resist than urges to drink, or smoke, for example.

The study involved 205 people between the ages of 18 and 85 in the German city of Würtzburg. The participants were given Blackberrys and questioned seven times over the course of a 14 hour day, for seven consecutive days, about their desires. They were to report any desire they were currently experiencing, any desire they’d experienced in the past 30 minutes, the intensity of any desires, whether the desires conflicted with any others, and whether or not they resisted it. Over the course of the study 10,558 responses and 7,827 desires were reported.

But, is it a stretch to say it’s more addictive than smoking or drinking?

Although the urge to tweet may weigh heavy on us psychologically, I think it’s a stretch to compare it to the physical effects of smoking and drinking. Comparing tweeting with drinking and smoking is like comparing apples and oranges.

The article from Geek O System also pointed out the cost associated with these activities. Smoking can cause cancer, drinking can lead to deadly driving, and tweets lead to?

However, I think we still need to take note of this study. As Christians, we need to guard ourselves from addicting behaviors. As much as we may  mock those that make a dramatic  public declaration of fasting from Facebook or canceling their Twitter accounts, there may be something to taking a break from that stuff once in a while.

If you feel like your social networking urges and check-in addictions are crowding out too much of your attention, perhaps taking a break is a healthy idea.

Vintage Computer Ads from the 1950’s 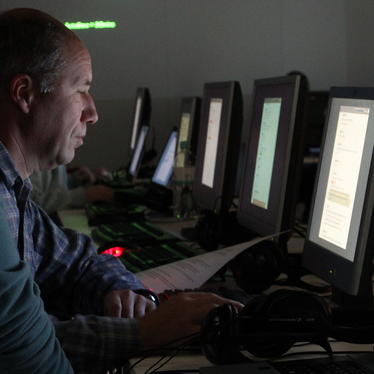