ChurchMag / IT / ‘The Verge’ Launches 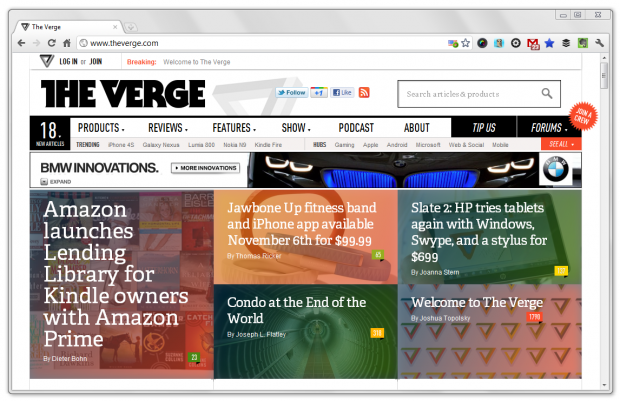 I don’t know about you, but I love reading tech news. I also have certain writers and commentators whose opinions I really respect and follow. One of those such people is Joshua Topolsky, who has just launched a new site called The Verge.

He and his colleagues have been promoting the upcoming launch of their site for quite a while, and it finally launched!

So far, it looks like a really nice site. The design is very tasteful, and lends itself to the type of news their going to cover, which moves fast and changes constantly. They’ve apparently developed a custom CMS along with some other folks to handle the volume of information that will be shared. They’ve also built forums and other social features that tie into the site to allow us, the readers, to interact with each other and talk about what we’re reading on the site.

I’m anxious to begin interacting on the forums and seeing how the community develops around the site.

Have you taken a look at the site yet? What do you think?