Business Week had a thought-provoking article about making Social Networks “profitable”.  Of course, what Google is thinking about (and pretty much everyone and their brother) is the almighty greenback: 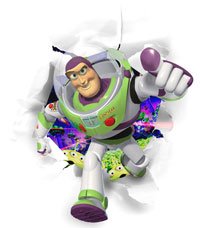 The article goes on to say that with this new technology, which is based upon some of Google’s already nebulous algorithms, that this new “influence tracking” would be able to follow and understand one’s browsing patterns and social influences and target the most active and most influential.

From a marketing and advertising standpoint, this is huge: It’s like when you finally learn about Bernoulli’s Principle in High School Physics class or having that “AHA!” moment when you finally learn that walking is actually “controlled falling” (or some derivative… or perhaps “falling with style” – Buzz Lightyear).

But on the technological token, it’s neither surprising nor that ingenius: The data to run this particular algorithm are already there for the picking, and are already tracked individually.  It’s about putting the pieces together that makes it so unique.

And Google’s track record for attempting to make another buck out of their megapolis (another metropolitan outpost that is just roughly connected) is legendary.  Their success? Questionable.  But I’m sure it’ll make some financial gain. It has to.

But when I think about making a social network profitable I think of only one thing: Christ.

Making a social network profitable then means, for the technoevangelist, that if we can bring the knowledge and message of the Gospel to those within the social network we have done well (perhaps being used by the Spirit for transformation is another hoped for possibility).

The pieces are there, the players are present, the possibilities are endless, but the power of the Holy Spirit isn’t (always).  I think true profit has eternal results.