I had an amazing on-campus job in college. It’s not really the focus of the story, but I got a job that I was way under qualified to have and was patiently allowed to grow into the position. It was absolutely incredible, and I loved every minute of working there.

Now, for my first few months, which happened be in the summer when nothing happened, I was working with a student who was was a fourth year CMS student. I, however, was a second-year history major. We were not on equal footing, which was fine because, as I stated above, I really needed some training. Everything was going fine. I was slowly learning the system that ran all of the facilities operations and was slowly learning my way around the office. And then…the guy training me and my boss went on vacation in the same week. Cue the disaster.

The Perfect Storm of Inexperience and Catastrophic Cyber Attack

On August 11, 2003, the Blaster virus began to spread across the web. Two days later, it hit my university with a vengeance, and there I was, sitting at the department tech desk, all alone!

It started slowly, but over the course of the morning, nearly every machine in my department was infected. I quickly called the Office of Information Technology, the official tech support for the entire university. They already had a tech guy en route to our office. He gave me access to the OIT back channel where I could download all the patches and software needed to fix each machine. I then embarked on a one-man mission to save my department.

After a solid eight hours (on a four hour shift), I had every machine cleaned and returned to service. I did so well—or they were so desperate—that OIT asked me to come help them fix the rest of campus. I politely declined, as I was spent and was already late for plans, not to mention that they wouldn’t have been able to pay me.

Is there a moral to this story? Maybe? If there is, let it be this:

It’s nice to be trained and ready for a job, but sometimes, you learn on the job while other times you learn in the midst of a crisis.

[I refreshed my memory on some of Blaster’s finer details by reading its Wikipedia article. You can also refresh your memory on these other Tech Wrecks, too!] 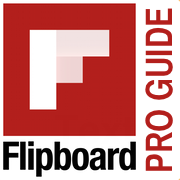 The Ultimate Guide to Becoming a Flipboard Pro: Finding Content