Social Publishing – A Model to be Copied? 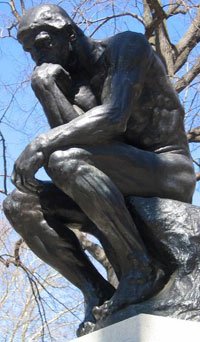 Someone shot me this link a few days back and I just sat there and did a “thinking man” pose in my seat.

Essentially, this book publishing company (Concord Free Press) is giving their stuff away for free, which isn’t a new idea (and if you haven’t seen Thomas Nelson Publisher’s Program, you’ve gotta check it out), but they’ve got an interesting twist to theirs.

They require a “voluntary” donation, but not back to them.  Rather, the money goes to a charity, cause, or someone in need of their choice.

In addition, they ask the receivers of the free book loot to pass the book on after they finish reading (which wouldn’t be good for me since I mark my books up until they are unreadable).

But this so-called “new experiment in publishing and community” got me thinking about “social publishing” and the power of both the on and offline viral groundswell.

I think it’s got merit, and one that, perhaps, could be copied.  But, I don’t think it’s a complete idea… yet.

I think they could really take it one step further and leverage the power of the internet, establish something like Thomas Nelson, but also add additional community features that might extend the life of the buzz.

But, Church, let’s take a close look, because I think there’s something here.  Thoughts?