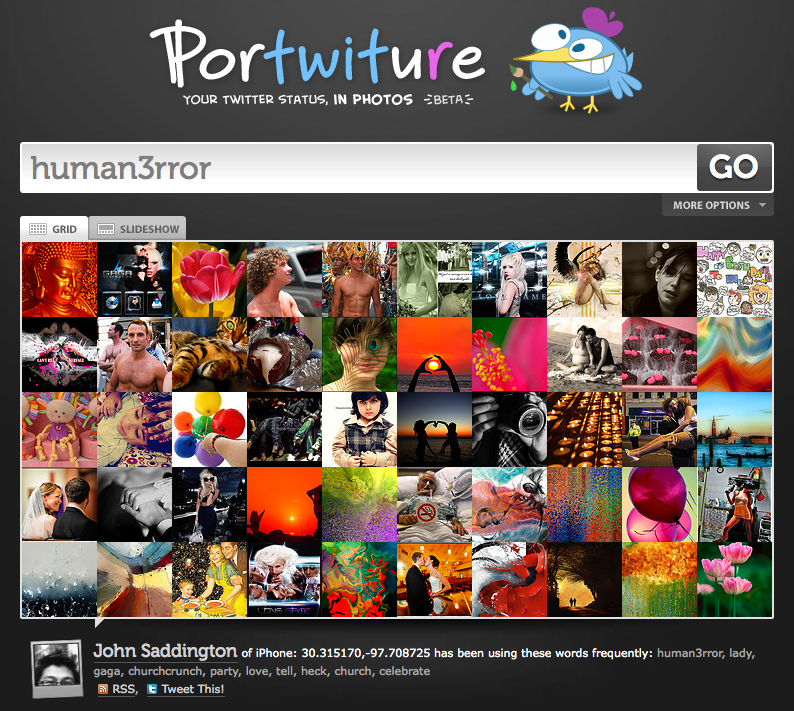 I love trying Twitter-mashups and creative ways of showing information and data through their pipes; I think it’s clever (although sometimes without much value).

Portwiture.com, which shows your status update via photos, is pretty neat as it mixes your tweet with keywords from Flickr. I tried it and I got the above picture.

Now, I’m not too thrilled about half-naked burly men showing up but my latest tweet had something to do about some female performer so I understand the results. What’s fascinating is that I realized many people, myself included, judge and critique someone (and someone’s character) on their latest update.

But, we do it all the time.