Here we are again, taking another look at one of the Universe’s favorite TV shows, Doctor Who. We’ve taken such trips one…two…no, make that three times before, but this might the first time that I don’t throw The Doctor under the theological bus. In fact, I’m going actually going to compare the wacky Time Lord to our own Lord and Savior, Jesus Christ, as fairly and objectively as I can.

The Doctor in the TARDIS—Party in a Big, Blue Box

The Doctor is something a puzzle. He’s lived for a millennia, seen countless worlds, and battled nearly as many villains. He’s had to make terrible choices and has lost many friends in battle. His knowledge and insight are almost unparalleled but so is his compassion, his joy for living, his grief when it all goes bad, and the rage he feels toward injustice.

The Doctor has partied with kings and queens, danced himself silly at his best friends’ wedding, and yet no one is more sincere in their sharing of pain. He’s a one-man party in a big, blue box, but he’s also the first one to pick up your hand and say, “I’m sorry. I’m so sorry.”

Jesus—The Son of God, the God of the Party

Jesus is less of a puzzle than The Doctor because Jesus was sent, in part, by God as a way to reveal Himself to us. He’s eternal, never beginning, never ending. He created the universe and has already defeated the greatest enemy that humanity has ever known. He’s had to make a terrible sacrifice for us—Himself. In fact, that’s the other part of why He came. He literally came here just to die to undo all of the damage, all of the injustice, wickedness, and pain in all of creation.

That, my friends, is what gives Jesus His edge.

See, The Doctor has offered himself up to die numerous times, and yet he always comes away (relatively) unscathed. Sure, he might occasionally regenerate or lose a friend to a parallel universe, but his end never comes. Jesus, on the other hand, took death—a bloody, ugly, brutal death—for us. He lived His life on earth, knowing His fate.

The Doctor may bring the party, but Jesus is the God of the Party! And please don’t mistake me—I’m not talking about debauchery. There’s no sacrilege here. I’m taking about a good, old-fashioned good time! A celebration! Jesus first miracle was at a wedding feast, and the whole point of the miracle was aimed at keeping the party going!

Dancing and having fun is great; dancing and having fun when Your end is quickly approaching takes a deeper kind of joy and peace than we can imagine. And for that matter, Jesus’ compassion, His willingness to share our grief only seems to increase as we watch Him approach the cross. He heals a blind man, resurrects a dead man, and a whole of other things. Even while on the road to His death, He meets hurting people, and unlike The Doctor, Jesus is able to do more than just commiserate with them.

The Bible is rather quiet concerning Jesus’ personality, but I feel that there had to be a certain amount of joyful swagger to how He made His way upon this earth. True joy and peace come from knowing God and having your identity established in Him. That was Jesus’ experience, and His personality had to reflect that exuberant joy of knowing God and living in perfect harmony with Him. His critics called him a “drunk,” implying that His joy was false and inappropriate, but I think that sometimes the religious hypocrite in all of us wants us to believe that sorrow equals holiness. Nothing could be further from the truth. Jesus wasn’t laughing inappropriately at the world or weeping in His beer. He was expressing the heart of God in fullness.

Allow me to let NT Wright say it better (via Simply Christian):

It isn’t so much that Jesus laughed at the world, or wept at the world. He was celebrating with the new world that was beginning to be born, the world in which all that was good and lovely would trump over evil and misery. He was sorrowing with the world the way it was, the world of violence and injustice and tragedy which he and the people he met know so well.

Fellow blogger Dustin Stout brought up the same point in in a post entitled, “What is #JesusSwagger” from June of last year. Dustin writes:

The way in which Jesus carried himself made people’s heads turn. The way he spoke amazed people (Luke 4:31-32). Think about it, how many people have you met could walk right up to a complete stranger and say, “Follow me,” and the person drops everything and just goes. That’s some serious swagger.

Jesus didn’t come as a mocker, to scoff as we simple, sinful humans. Nor did He come as an ineffective and powerless ninny, weeping at every injustice He encountered. No, He celebrated and laughed and loved for He knew God and He knew what God was going to do, and He wept and cried and cared because He knew that none of this pain and trouble and turmoil was what God wanted for us. He had a swagger, a confidence about Him. He felt, just like us and even more, the pain of this world, and yet He had that joy, that contagious, curiosity-inducing personality of one who knows what’s coming, who knows that they’re about to ushering in one big party.

The Doctor might have a similar personality to that of Jesus, but there is a great distinction between the two. The Doctor fights to change this world, to end violence and injustice. He wants to bring fun and joy to everyone. Jesus, however, actually sacrificed Himself to save the world. He let His own funeral be the launching pad for the greatest party the world has every known, the creation of a new heaven and a new earth. The Doctor tries to bring the party, but Jesus actually did what it took to start the party. He’s the God of the Party, and He’s invited us all to attend.

As Dustin goes on to say in his post, we are called to be like Jesus, to allow God to make us like Him. As much as it might look cool for people to cosplay as The Doctor, it’s meaningless. They’re dressing up like someone who, cool though he may be, is fictional. But, if we allow God to work within us, to clothe us with Jesus (Romans 13:14), then we, too, can share in the divine swagger of Jesus. We can weep with those who grieve and at the same time offer them the greatest news this universe has ever known: a new world is coming, free from pain. A party is coming, the God of which is no less than Jesus Christ, who may not have a box that is bigger on the inside, but even better, has a tomb that is empty so that our hearts might be full. 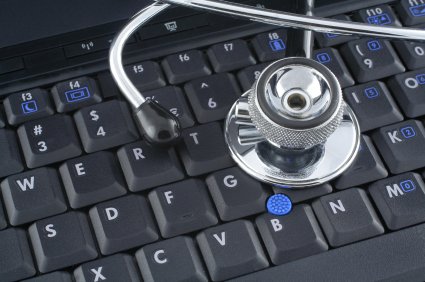