ChurchMag / Creative / Science Fiction & Biblical Reality: The Doctor and the Doctrine of Hell

Science Fiction & Biblical Reality: The Doctor and the Doctrine of Hell

I’ve written before about The Doctor and the theological undertones that Doctor Who so casually wades through—I hate to rehash old hash—but I was recently revisiting some episodes from last season and one of them struck me as particularly worthy of a rehashing.

With that, I will begin.

(If you don’t know who The Doctor is, ask yourself, “What have I been doing with them life?” and click here.)

Without trying to summarize all of Seasons 6, the eighth episode “Let’s Kill Hitler” features a time-traveling robot, called the Teselecta, run by “tiny people.” Essentially, the Teselecta hunts down big-time baddies who would have otherwise escaped punishment in their lifetime. When they capture a bad guy—they had just caught Hitler when The Doctor met them—they punish him or her or, to quote the captain, “give them hell.”

They catch those who escaped punishment in their lifetime and “give them hell.”

Of course, The Doctor scoffs at this. “I’d ask you who you think you are, but I think the answer is pretty obvious.” Now, this isn’t to say that The Doctor is a fan of Hitler or is in anyway interested in giving the Führer a pass on the whole genocide thing. It’s just that he can’t be bothered to figure how he feels about punishing the truly, unrelentingly wicked. Thus, the Teselecta must be stopped before they punish someone that The Doctor actually cares about.

What’s the Meaning Behind the Story?

Not to sound like a crazed conspiracy theorist, but let’s not kid ourselves either. Anyone who writes for mass consumption—TV script writers, authors, bloggers, etc—always has something to say, whether they realize it or not. Regardless of what’s being said out loud in one ear, something is being whispered into the other. That begs the question: what’s being said here?

There is no Hell because there is no God.
Why is the Teselecta traveling back in time to punish bad guys? Because there’s no one else around to do it. God is certainly not going to punish Hitler because He’s too busy not existing. That leaves time travelers to clean up after our nonexistent deity.

Even in post-Christian world, the idea of justice still bothers us.
In this episode—and I’m trying to keep from offering any spoilers despite that this episode is over a year-old—the Teselecta attempts to punish Hitler. The Doctor stops this, though not intentionally, and never comments on the Teselecta’s mission except to imply that they are stepping on God’s nonexistent toes. And that’s it. He never condemns them outright, nor does he endorse their mission.

So why create such a character? To me, it seems like the writers are confessing that justice is still something like a “splinter in their mind”: they don’t believe that anyone goes to Hell, but they can’t stand the idea that Hitler gets to kill himself and escape punishment for his crimes. No one wants to believe in Hell, but at the same time, no one wants to believe than anyone can be as evil as the Dark Lord of Germany can die on his own terms, never being forced to answer for his crimes.

The truth of the matter is rather plain, if unpopular: Hell is real, and many people will end up there based upon the choices they have made in their lifetime. Now, a lot has been written about Hell in the past few years, and I really am not intentionally trying to rebut any of it. However, I have to say that I don’t agree with some of the conclusions that many Christian leaders have drawn concerning Hell, such as the idea that God’s love can overcome the sinner’s damnation.

My biggest problem with the implication of this idea is that some external force that damns sinners. It’s not something external to God or to us: it’s both of us. God has to remove sin from His presence. This is presented time and again in Scripture, so in this sense, it is God who exiles the unrepentant to Hell. And yet, those who live lives of unrepentant sin are, in a sense, choosing to live their own way, worshipping themselves as their own personal god. They don’t want anything to do with God, so given the choice between eternity as they want it or eternity with God, they would choose Hell.

To say that God’s love will, over the course of eternity, capture the hearts of the unrepentant is to turn God’s grace “freely offered” into grace “sovereignly applied.” To suggest that the wickedness of the denizens of Hell will simply be washed away by God’s love without even an implicit admission of guilt on the part of the sinner is ridiculous. Not to invoke Godwin’s law—though this post is saturated in it—are we then to assume that Hitler, at some point, will succumb to God’s love, whether he consciously desires to or not? Where is the justice in that?

Shouldn’t it strike us as interesting that such a humanistic TV show as Doctor Who presents a practical case for the need for some sort of Hell? And of course, this goes back to my last post on this topic, but it’s pretty clear that the Last of the Time Lords, like many humans, has a problem executing or even believing in final justice. Hell should not be scary to those who know they are wrong and desire to be made right. Hell is reserved for the absolutely unyielding, unrepentant, unapologetic sinner, and if being sent their isn’t the end of someone’s story, if escape is still possible, why did Jesus have to die? Why was the price for mercy so steep when the execution of justice is so seemingly shallow?

Where does this leave us? In something of a timey-wimey mess, I’m afraid. We can’t put the genie—or in this case “heresy”—back in the bottle. Some Christians have begun to doubt in Hell, and many non-Christians feel newly justified in their rejection of the Gospel en toto. This removal of an “end of the line”/”no more chances” type of punishment forces the reevaluation of several key elements of Christianity: evangelism, justice, and even sin. There’s little need to evangelize if God is going to just make everyone cross over into Heaven at some point. Why worry about present injustices when God clearly doesn’t put much stock in enforcing justice? Holiness must be considered optional when you realize that you’ll make into Heaven anyway, even if you have to take a pit stop in some version of Hell for a little while.

The Doctor doesn’t like to make clear pronouncements on anything, least of all the need for final justice. He’d much rather fly away in his big blue box than have to stick around and explain himself. The crew of the Teselecta at least see the need for justice to be served, and in a universe with no hint of divine presence, they are tasked with that service. Thankfully, we have God, the dispenser of both mercy and justice—mercy which cost Him dearly and justice with finality.

First and foremost, are you a Whovian?

Secondly, what do you think we can draw from this episode? 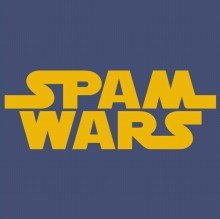 Spam Wars – How to Fight the Imperial Spambot Scum 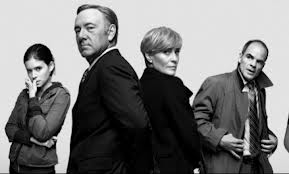 Is Netfix’s ‘House of Cards’ a Peek at the Future of TV?