A Great Screen Casting Tool That Comes FREE With Every Mac

From time to time there comes the need to record what’s on your screen. Whether it be for a tutorial or to demonstrate the features of a website, we’ll all probably need a screen casting program at some stage.

Thankfully, if you own a Mac, you don’t need to fork out the money to pay for a dedicated screen casting application. Your Mac already has the application that you need.

And it’s got more features than you would probably expect.

That program is QuickTime Player.

Along with being a simple media player and a great tool for quickly converting video formats, QuickTime Player is also an easy to use tool for screen casting.

To start a screen cast, open QuickTime Player and click on the file menu.

From there, click on the option that says ‘New Screen Recording’.

A handy pop-up will now appear that will allow you to start your screen recording.

Now although QuickTime Player isn’t the absolute best screen casting application out there, it does have 3 pro features that make it a worthy substitute.

QuickTime Player has the option to highlight clicks during recording. This is a great feature as it allows your viewer to understand exactly when you are clicking, and for how long you are clicking. Especially important for tutorials.

2. Record An Area Of  The Screen

Instead of always recording everything that’s on your screen, QuickTime Player also give you the option of choosing which area of the screen you would like to record. This is perfect for those occasions where you want to demonstrate a program or a website, but you don’t want any distracting background items.

The drop down menu on the screen recording pop-up has a number of options for audio. You can either choose no input (perhaps if you want to record an audio track later), the built-in microphone, or the line in which is exactly what you want if you have your own microphone.

QuickTime Player is a superb free alternative to pro screen casting applications, although it does have some limitations. The main one being that it only records at 12 frames per second, which is fine for most screen casts, but will mean that video clips played during a screen cast may stutter a bit.

Below I’ve embedded a video that shows off QuickTime Player’s screen casting feature. It’s a tutorial that I made.

First, I recorded the screencast (and simultaneously recorded myself with my iPhone).

Then I edited the two clips together in iMovie.

The tutorial demonstrates how QuickTime Player highlights clicks, and also is an example of using an external microphone.

Skip to 1:30 for a good example of QuickTime Player’s screen casting abilities.

QuickTime Player may not be the perfect application required for somebody who relies on screen casting for their profession. But for those of us who just do the odd screen cast, it’s the right tool for the job, at the right price. 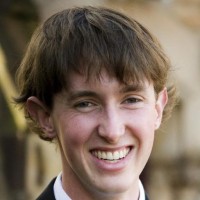