ChurchMag / Web / Communication / Public Speaking in the Church: What Your Body Language is Telling Your Audience [Series]

Public Speaking in the Church: What Your Body Language is Telling Your Audience [Series]

If you’ve ever watch a series like Sherlock, Elementary, or Lies, the concept of body language will be very familiar to you. After all, many a complex murder case has been solved by determining someone lied—simply through body language.

The reality is a little more complex, but body language does give us many clues about what someone is feeling, thinking, or doing. Our unconscious picks up ever-so-subtle clues and comes to a conclusion, even though we often aren’t even aware of this. We intuitively ‘know’ something our conscious can’t even rationalize yet. So what does this have to do with public speaking?

You can have a killer speech and practice until you’ve mastered a smooth delivery, but if your body language doesn’t match your message, your talk will feel ‘off’. Most people in your audience won’t be able to explain it, but they’ll feel something was missing. It will be way harder for them to connect emotionally for instance.

On a very basic level, this means practicing natural gestures that fit the content and tone of your message. Yes, I realize there’s a huge contradiction right there: how can you practice gestures and still make them look natural? Experience, that’s all I can say. If body language is an issue for you, the best thing you can do is practice in front of a mirror, or even better, record yourself and watch back. You’ll notice repetitive gestures that distract, gestures that are too small to be seen on a big stage (or too big for a small stage and thus intimidating or overly dramatic), etc.

Pay special attention to your face. One speaker I know has an incredible message, but he has such a poker face that it takes away from the impact from his words. You don’t ‘see’ his message on his face. Allow yourself to show emotions, both on your face and in your gestures. You don’t have to go full soap opera mode, but you don’t want to win first place in the poker face competition either. 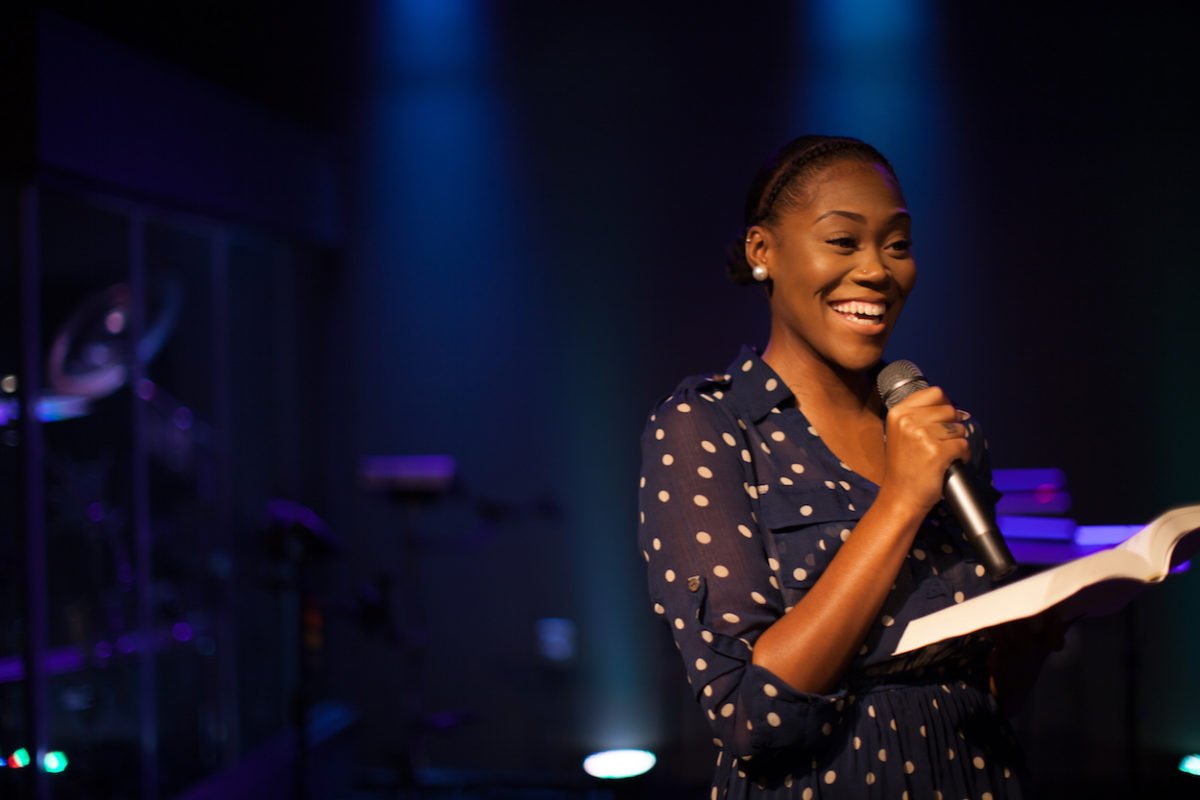 One thing to be aware of is your standard resting position, your ‘neutral’. This is your fallback stand during your talk—and you have to make sure it is indeed neutral.

One well-known stand is ‘the General’, where your clutch or fold your hands behind your back. Because you square your shoulders when you do this and almost automatically lift your chin, this is a posture that is easily mistaken for arrogance.

On the other end of the spectrum is the slouchy hands-in-your-pockets stand. You think relaxed, your audience thinks uninterested. Even one hand in your pocket can communicate a nonchalance you don’t intend.

Also, remember that your hands always draw attention. Playing with anything (pen, remote for the beamer, laserpointer) is incredibly distracting. You also have to be careful where you hold your hands when standing. If you hold them in front of your groin for instance, you may draw the attention there, which is obviously not what you want.

Practice until you have a comfortable resting position you can fall back on that’s neutral. Mine is standing with slightly spread ankles and my hands lightly folded in front of my stomach.

Watch speakers (including some you don’t like for other reasons than content) to see how you perceive them and then study the way they stand and move, the gestured they make, and their facial expressions. It can teach you a lot about body language and what people pick up from this.

What if you are nervous? Can you even try to hide it? Well, you can try, but most likely the audience will pick up on it. Most likely it will be audible in your voice by the way (constructed voice, higher pitch, out of breath), with your body language coming in second. That being said, it’s good to be aware of any nervous tics you may have, like playing with something (twisting your wedding ring for instance, a well-known nervous tic), straightening your clothes, etc. remember, though, that most people don’t mind you being nervous. They won’t judge you for showing those nerves either.

On a Deeper Level

So far, we’ve mentioned some pretty straightforward tips and examples. But body language can factor in on a deeper level as well. Remember what I said in the beginning, about our unconscious picking up subtle clues? That’s what I’m talking about.

When someone is giving a talk, especially a spiritual message, and his or her heart isn’t right before God for whatever reason, the body language is often off. This isn’t always the case, sadly. Some people are simply brilliant actors, and others live in such a state of denial that they manage to keep their sins separate from their ‘performance’ as a speaker. But when something isn’t right, don’t be surprised if people can pick it up, even when someone is saying all the right things.

It’s one reason why as a speaker, you should guard the time before you’re ‘up’. That’s a lesson I learned when someone dumped some major criticism on me minutes before the service started and I had to try and work through that before doing my talk. I really struggled and it showed, because it definitely didn’t go as well as I had prepared. Afterwards, people came up to me to ask if I was okay, because they’d felt something was off. After that, I closed myself off before a service. Don’t be surprised if conflict happens right before a talk (disagreement with your spouse, your kids suddenly acting out, church members voicing their criticism, etc.), since the devil is highly aware how effective that strategy is…

Of course, bigger conflicts become evident in body language as well. Years ago, my church had invited a pastor from another church as a guest speaker. He spoke on forgiveness and the message was Biblically sound, but it didn’t land at all. To me (and to others I spoke to afterwards), it felt like he was angry. He had a stiff posture, jerky gestures, his voice lacked warmth, and his smile never completely reached his eyes. Weeks later, we found out that he was in a conflict with his church and was fired shortly after.

Another example was a pastor who was allowed to speak for the first time since his burnout and meltdown, where he hurt many leaders in the church with his explosive temper. He was saying all the right things, but nobody believed him. That’s because his whole body language was radiating arrogance, anger. The lifted chin, the narrowed eyes, the hand gestures—it all showed that he was anything but sorry.

I’m sharing these examples both as a warning to you if you’re a speaker, but also as a reminder for you when you’re a listener. If you feel something if off, if the body language of the speaker for whatever reason doesn’t match his or her message, start praying for this person. Chances are, something is wrong and this person needs your prayers.

How is your body language when you speak? Anything you struggle with in particular? 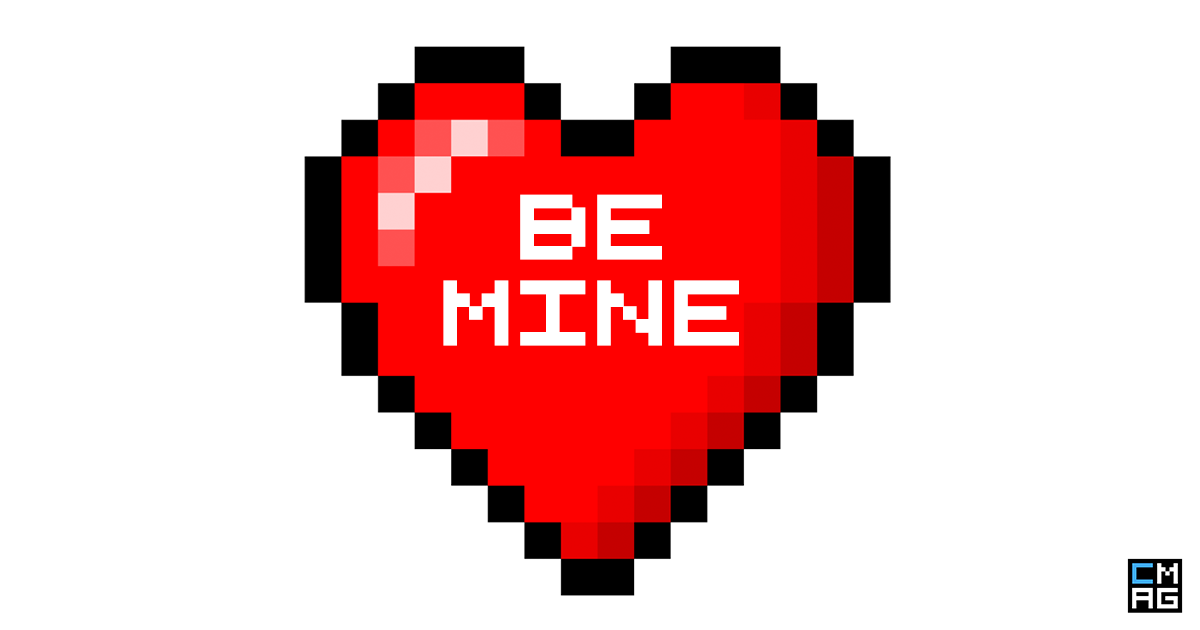 A Nerdy Valentine’s Day to You 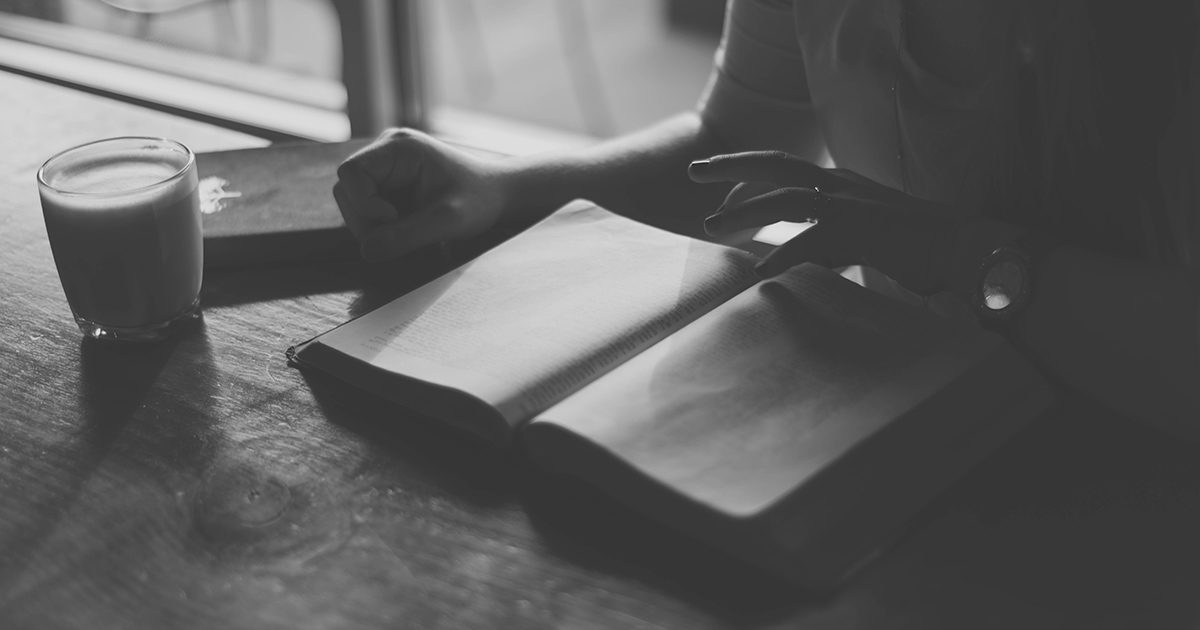