Pray4Today: Bring Your Prayers into the Digital Age

I have long been opposed to the “Swiss Army Knife” style apps that have a million and one uses because generally they only manage to do so much because they don’t do anything very well. At the same, I’m not a huge fan of life-hacking apps to operate for a purpose other than intended. Why? Is it because I’m a good rule follower? Not even close. Because I respect the app developers too much? Nope.

It’s because I want to have a true, native experience that is fluid and functional. Jury-rigging some app to do something it’s not made to do can just end up leaving a person frustrated. Take it from me.

I tried using Reminders as a prayer list manager, but aside from the fact that Reminders is terrible all around, it wasn’t very helpful. I tried a notebook, but that didn’t work either. I do have a paper to-do list, but a prayer list needs a bit more privacy, which requires a separate notebook…that I will never remember to open. It’s into this mess of failed good intentions that Pray4Today has arrived.

P4T is a very simple app designed to serve a single purpose, as a digital prayer list. It’s not a very fancy app, though I’m sure that will change as it continues to receive updates. At the same time, I don’t really care that much about how an app looks so long as it does the job, and this one does the job.

The main screen of the app is divided into three tabs: Today, Active, and Answered. The third tab is pretty obvious, but the first two took me a second to understand. “Today” is for requests that are set up to be prayed for on that day, while “Active” is a list of all current prayer needs. I love this distinction because there are some things that I want to pray about, but I don’t want to be reminded daily. For example, I have a request in my list to remind me to prayer for the pastors at my church. Do I want to pray for them daily? Certainly, but rather than crowding my list with a dozen requests each day, I scheduled some for strategic days. So, for my pastors, I set up this prayer request to pop up on Monday’s and Thursday’s, the days after church when many pastors dream about quitting the ministry. (That both is and isn’t a joke.)

Now, I wish the app included an alarm or reminder function—a location-based reminder would be so cool!—but I’ve got a very simple way around that. Since I use Habit List to help me remember everything else I need to do each day, I’ll just have it remind me to open up P4T.

What else can I say about this app? It’s so simple, and yet that’s exactly what it needs to be. I guess I should also mention that there is a function for backing up/syncing prayer lists among devices, and you can share your requests with others via e-mail. 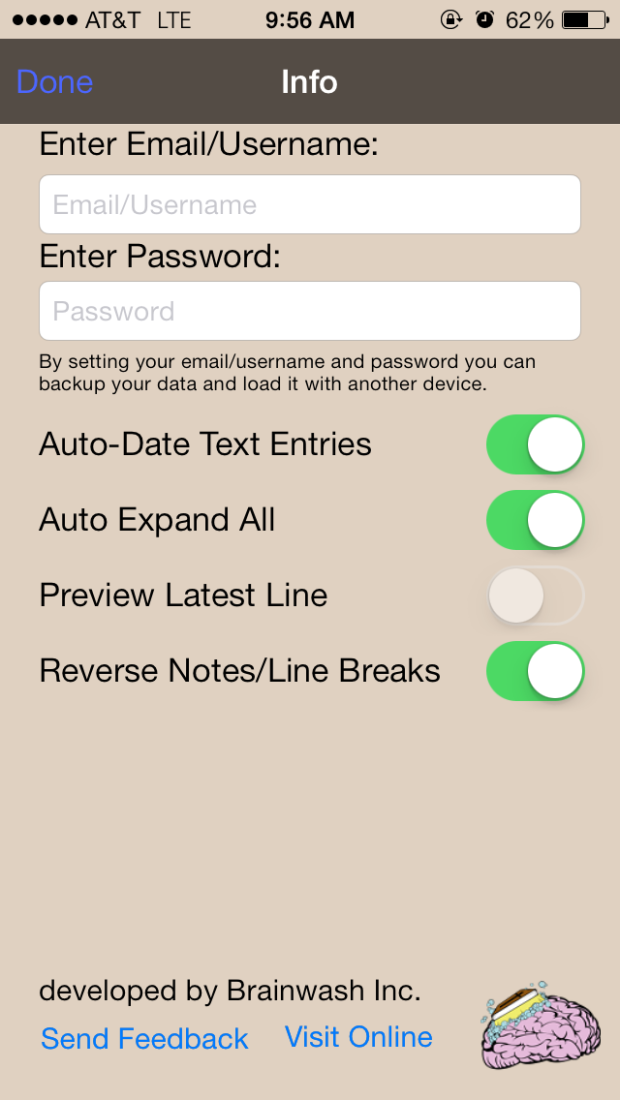 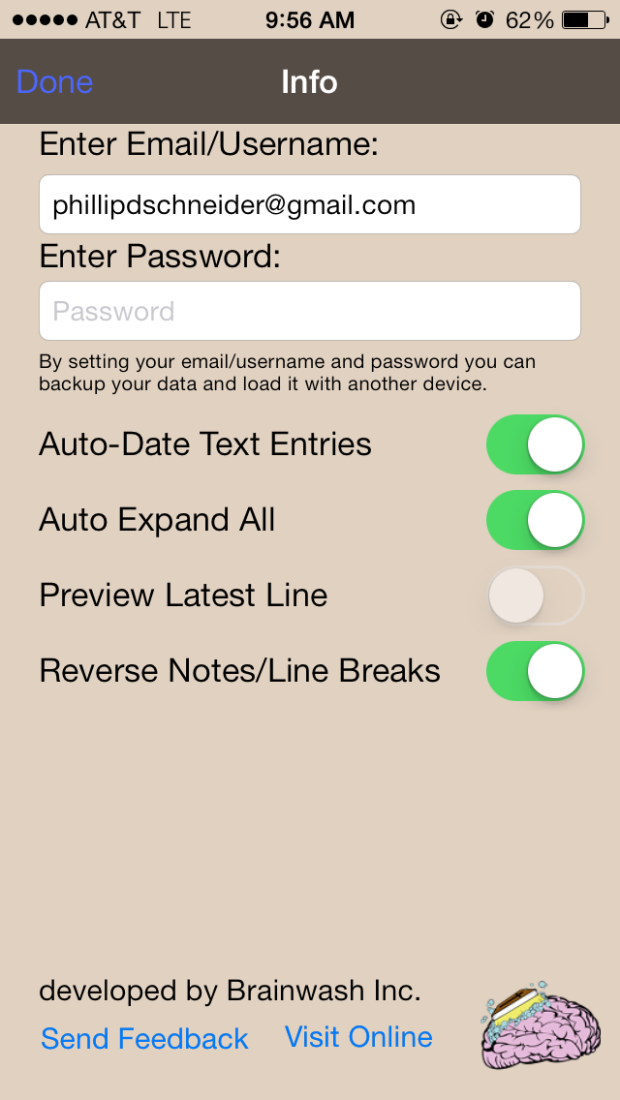 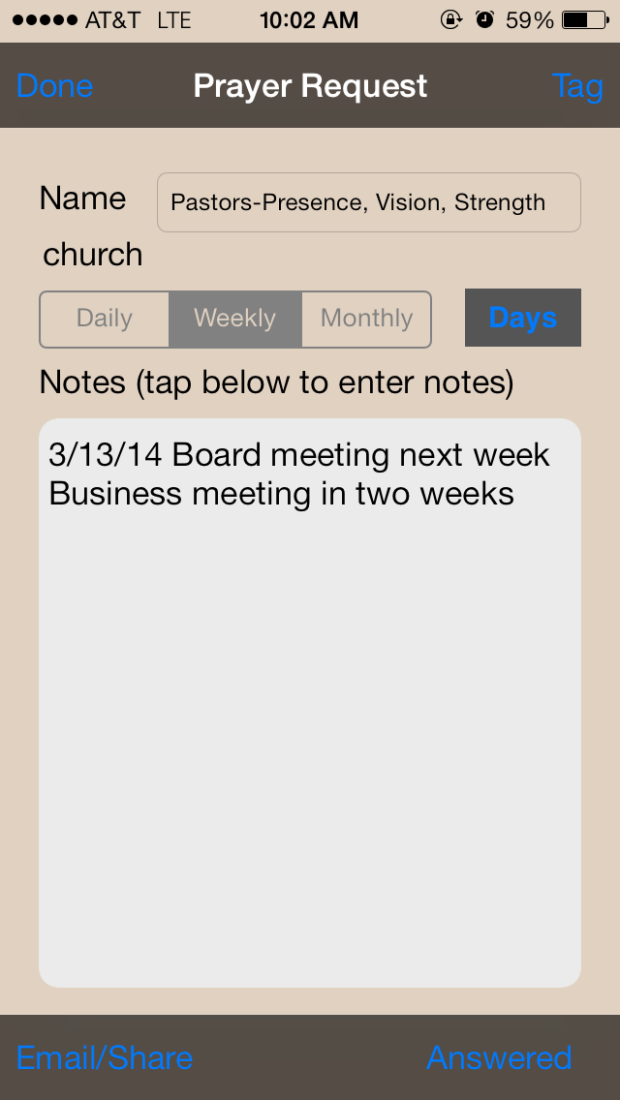 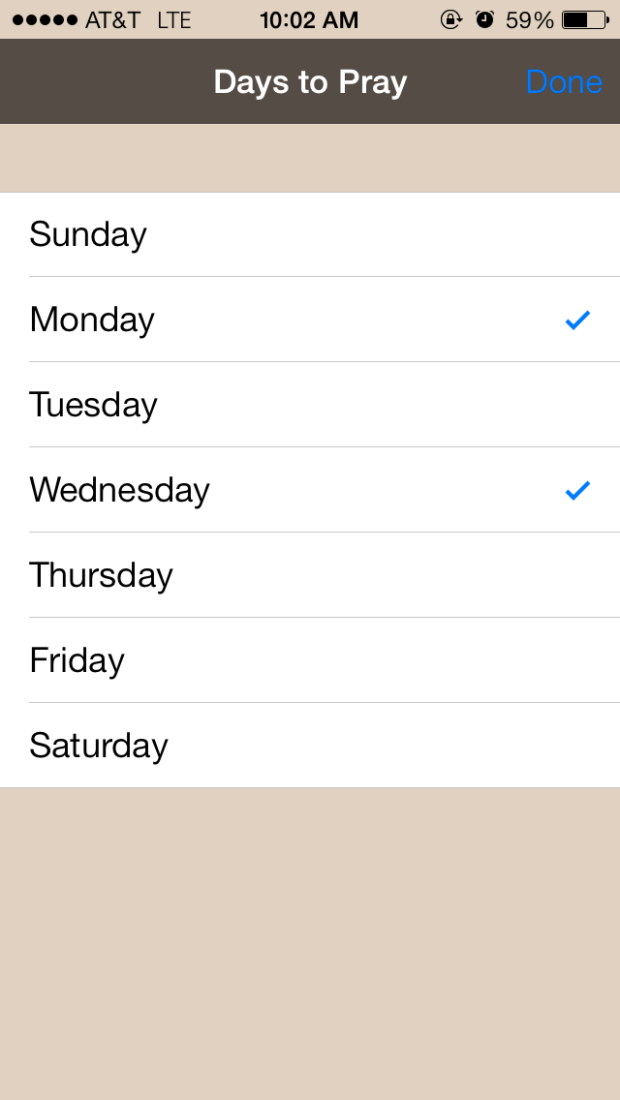 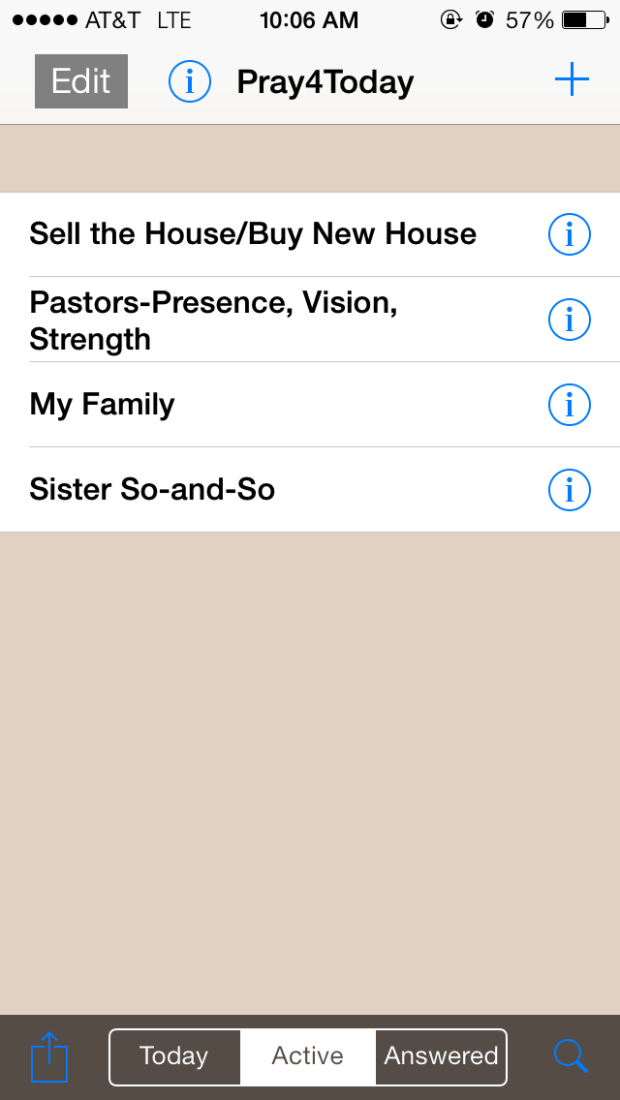 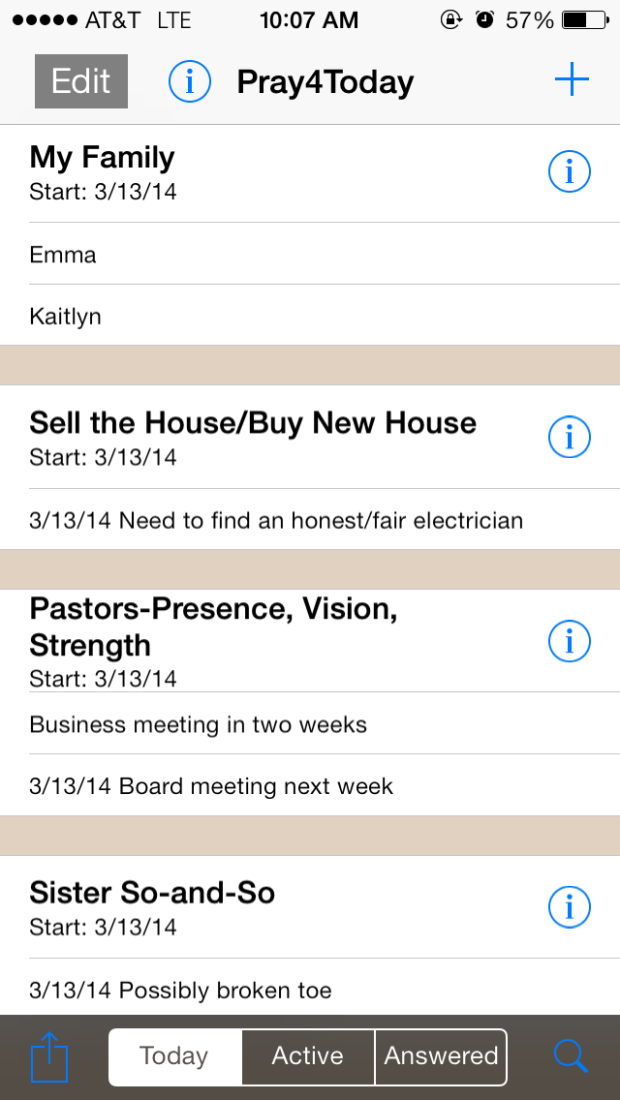 When you set out to find a prayer list app, I’m not sure what you mentally picture, but Pray4Today ticks all of the “vital” boxes that I needed ticked. I’m loving it already, and I can easily see it becoming one of my “must have” apps. I’ll include some pictures below so you can check it out for yourself.

How do you keep track of your prayer requests? 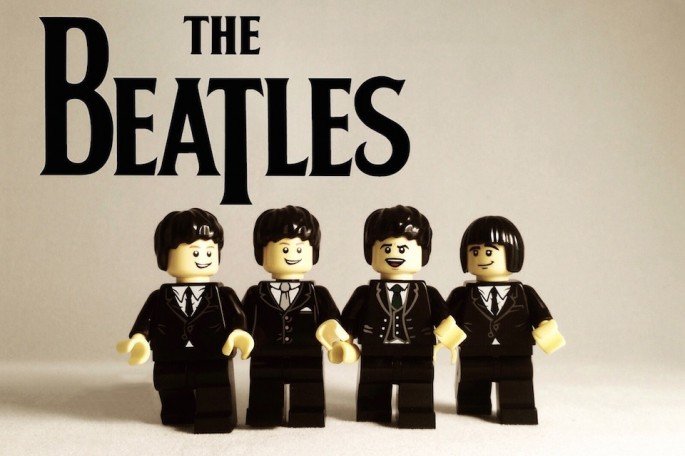