Commenting is Awesome, You Should Try It

Content is king.  I’ve said that before in a number of ways.  But one of the most underused tricks that I’ve used to increase engagement, increase traffic, and increase interest here at this blog (and others) is to simply comment like a fiend.

I make a specific effort to not only re-comment on every single comment posted but also visit the author’s sites and drop a few here and there as well.  Google Reader helps me with this as well as I’ve got a list of popular users blogs who are spending the time engaging with me.

This way I can give the love back.

One of the greatest tricks up my sleeve to do this effectively, efficiently, and fast is the EasyComment plugin for FireFox.  The thing is a one-click-wonder where you can preset your information for nearly all comment forms found on blogs.

If you’re just like that you can even insert a standard “response”… I’m not one for this because I typically want to make my comments somewhat relevant instead of the obligatory “thanks!”.

Check it out and tell me what you think.

As you may have noticed, the current *ahem* ChurchCrunch logo is nothing special.  In fact, if I remember correctly, it’s Arial font with the first half bolded.

But, it’s about time for a major brand and logo upgrade… and I want your help!  I’ll be holding an informational session via TokBox this Tuesday @ 12:00 noon EST time for all those interested.  I’ll be providing more design guidelines, more firm due dates and contest rules, and fielding any questions that you have.

So spread the word!  Feel free to blog about this too… 🙂


Oh, and yes.  There will be a “prize“.  More specifics will be announced on Tuesday, but the screeny below should wet some appetites.  Be there.  It should be epic. 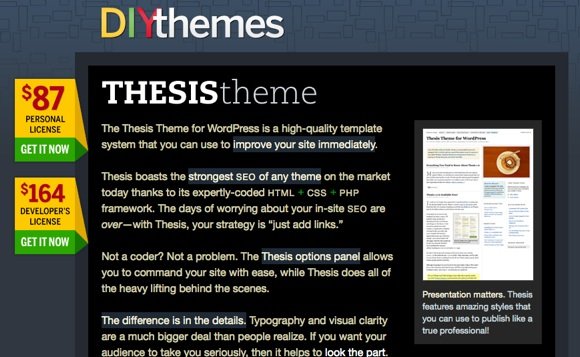 ChurchCrunch is Chilling with the Arabs – Thanks BackType

There are a number of great resources out there (free!) that can help you stay on top of your brand, especially your personal one and your organizational/ministry one as well.

I’ve mentioned how amazingly sweet and cool Google Alerts are, and if you don’t have those running (or at least someone monitoring effectively) for your ministry, you’re missing out.

Backtype is another such service, but it focuses on the comments that people are making about you and your brand.  I’ve hesitated to post anything at first since I didn’t think the service was that great when they first released… but obviously since I’m blogging about it now, the service has gotten better.

It now has alerts that pretty much act the same way as Google Alerts but for comments.  And what you can find is pretty “interesting”.

For example, setting it up for the first go-round revealed that a website called ArabCrunch.com (and IslamCrunch.com … ugh…) made a comment about itself and ChurchCrunch.com.  This is not necessarily the relationship that I have dreamed of, but, it was better that I be aware of these comparisons for my own knowledge than be in the dark.

There have been some other interesting finds as well.

If you care about your ministry brand and the conversations that are and will take place surrounding them… you better get prepped.

TokBox has blown up on the technoevangelical circuit.  The result has been typical and the timing is point on.

Some people are really really enthused by it as to create entirely new websites with TokBox’s widget as the central point, like ChurchStaffBreakroom.com.

But this is typical.

In fact, I was just waiting for someone to make that final move.  And there she is.  The site, created by Todd Rhoades, more well known for his MondayMorningInsight.com blog, drop a few bucks (or not) on Dreamhost, imported a widget and voila, it was done.

Eh, I’m not so sure.  After spending about 40 minutes either in video form of just voice and casually observing the cyber-watercooler, nothing happened.  No conversations, no passionate dialogues about technology, no advances in kingdom-building work.  People were working “as usual” in their own seperate environments.

I even typed a few things out in the chatbox and yelled a couple times into my mic. 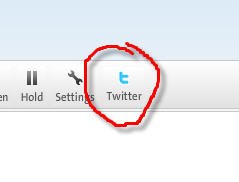 Secondly, with the meatspace engagement, there’s a stated point, and understood motivation.  I’m here because I’m either thirsty or trying to avoid work.  With this, there is no pressure, no stated understood purpose. Organized chaos.

Well, I take that back.  Todd has a post about it now:

“Come on your break, hang out, cyber-work or meet new peeps.”

So what gives?  What would make it better? Three things (among others) come to mind:

1.  Purpose.  Stated and understood purpose beyond the water-cooler intent.

2. Energy and the “spark event”.  Why does the Twitter button rock hard?  Because there’s direction, motivation, and an spark-event that builds energy around a particular time in the digital space.

3. Organization.  Please organize it or attempt to so that people can weed through and get where they want to go and not waste time.  Redesign it effectively. Perhaps looking into a Tokbox competitor like YouCams.com might help…?

Can you say “groups” and specific and targeted “chat rooms”? 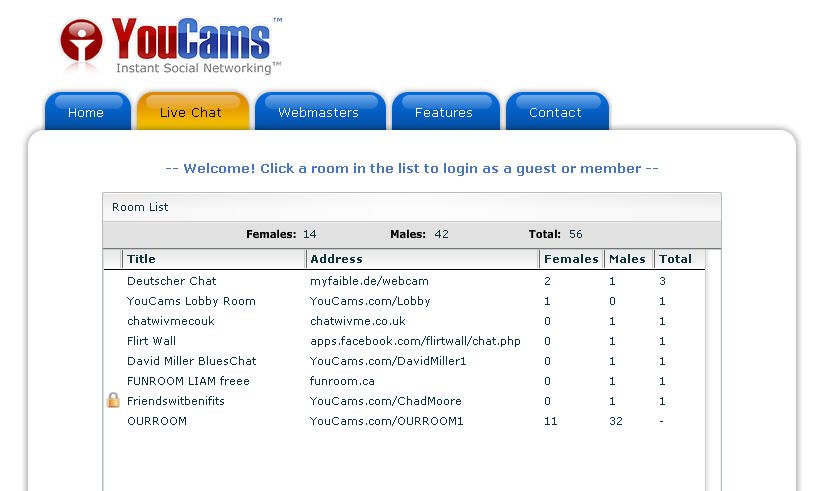 Finally, TokBox itself doesn’t (and hasn’t from all that I’ve researched) stated that it’s purpose was voyeuristic in nature.  This is always the problem… applying technology outside of it’s original intent and stated purpose.  This can be dangerous (or extremely rewarding)… so one needs to tread lightly and carefully.

We need to make sure we’re making the most of our time, using it wisely and effectively.  I wonder if ChurchStaffBreakroom was a collaborative project or a solo-gig…

Today’s Friday 5 is with Michael Sullivan.  I’ve had the pleasure of getting to know him through twitter and through the blogosphere and I count him as a close internet bud.

The fact that I can say he’s an “close internet bud” makes me smile.  Remember when you really didn’t make friends on the interwebs?  Yeah, that used to suck.

Personally – Working on an Illustrator video tutorials site, similar to Lynda.com but free. I have a passion to teach others what I know, and I believe sharing that knowledge can only help. Hopefully it grows to a useful tool for aspiring designers.


Professionally – Changing the identity of my church, which recently changed it’s name. Also creating a new identity for a conference my church will soon be hosting.

How do you see Web Technology impacting The Kingdom?

In every way possible.

But specifically…The web constantly brings others closer, even though users are thousands of miles away. Right now, the ones benefiting from the web for Kingdom sake are leaders. Those called to stretch the everyday beliefs of what a church or the Church should be.

I believe the web challenges the regularity of the Church while commanding followers to understand God’s Kingdom is everywhere, even in the digital realm. Because of this, Christ’s presence only has room for growth.

Think of how far we as believers have come on the web, and dream of how far God can take us.

I work in the Student Ministry and there is not an easier method to contact with guys in my small group than through text messaging and the web. At the moment it seems that they live on the web, but are not connecting in ways (put nicely) that don’t benefit their relationship with Christ. I can only imagine how Christ will be shaping the patterns of students on the web in the near future. I want to see it happen.

This is your friend public service announcement that there is, indeed, another #churchtechcamp going down… and this time it’s in Dallas.

January 8th. All day (or as long as people have minds capable of producing thoughts into understandable speech)…

You can read more about some of the event details here at Tony Steward’s Blog, but I’ve got the junk posted here too:

I’ll be definitely leading some conversations and I’ve got some ideas… but I want to hear from YOU.  What would YOU like to hear and discuss during our time in Dallas?  Any particular topics of conversation, tech, etc?  Let me know!

In addition, let’s start chatting about it now… never hurt!

See you there. I’ll be in Dallas from December 28th through January 9th… so if you want to just hang out in the evening and do some cool talkage then, I am certainly down.

Finally, read more about how this all came into being…