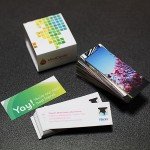 Something fascinating occured a handful of times at Church Tech Camp : Dallas:

Which got me thinking, “Do I need one?” 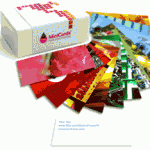 The question isn’t settled in my mind yet, so I thought I’d pose it to the ChurchCrunch Community here:

Go ahead and throw down your comments and thoughts below… but also, if you think bloggeers should carry one (and you don’t have any) here’s an opportunity to WIN a few:

The “I’m a Blogger and I Need a Business Card!” Contest

Here are the rules and how to enter:

What you will win:

So… what are you waiting for?  This is what I might rock if I were to get them…

Rick Smith is One Funny Guy

Rick Smith was the funniest guy that I met during Church Tech Camp : Dallas.  Bar none.  It was a pleasure getting to know him, and if you didn’t, you can follow him on Twitter [@Rick_Smith].

I spent the evening at the “Church Tech Camp : After Party” and had some amazing food and fellowship at John Dyer‘s place.  It’s these smaller and more intimate (and hilarious) gatherings that I really dig.

Can’t wait to do this all again. 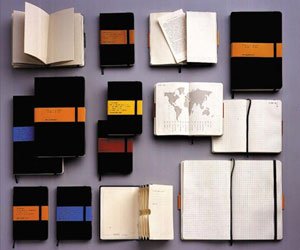 The small, black, and sexy little pocket notebook that I carry around with me all the time is nothing less (and nothing more) than the Moleskine. Perhaps you’ve heard of it?

I’ve already posted my thoughts about why I carry one. It’s pretty simple. I need a place to put thoughts down when I’m not connected to a computer. This may be an attempt, on my part, to also fend off the accusations that I’m constantly online… No, I do not have a computer attached to my brain.

The history of the Moleskine is an interesting one. In fact, it’s the narrative, the story, the legend, and it’s assumed “power” of creativity and source of wisdom which it’s typically known for.

This given and assumed power, that we give it, is it’s greatest strength. The thing to note here is that we give it. It has no power without the fuel that comes from us and historical precedent.

This level of authority is curious: It’s earned, cultivated, and passed on. I’ve learned a lot about authority from the moleskine and the power of the narrative…

How are you “earning” authority in the online world? Is it right? Apparently it’s a powerful form of currency.

Moleskine Story – Part 1 – Why I Carry One 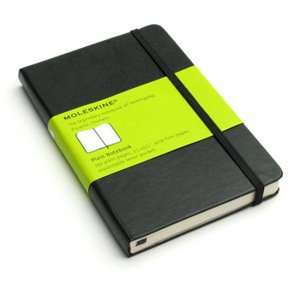 The Moleskine is a funny thing.

To some, it’s purely a thing to carry. It’s the thing to carry, actually.  It establishes yourself as “one of them”, as “cool” and “hip”.  Obviously you’re a “genius” if you have one type of stuff.

For others, like myself, it’s purely functional. It has one purpose and one purpose only: It feeds my blogs when I’m not connected online.

I’ve been using one for a long time now and it’s been an invaluable resource since I’m not attached to a computer all the time, despite some bogus claims that I am.

If you’re serious about blogging then you’re going to need something to capture your thoughts when you can’t actually blog them out.  Apparently, paper and pen still works really well.

What do you do to capture your thoughts when you’re not online?

Oh, and by the way, I do carry one to look cool too.

TweetBacks Are Cooler than Comments

But they certainly can make you feel special.

TweetBacks is a new and super simple way of tracking how many times your blog posts are getting “tweeted” on Twitter.

Just take a look at my first test on the previous post here!  Scroll to the bottom. 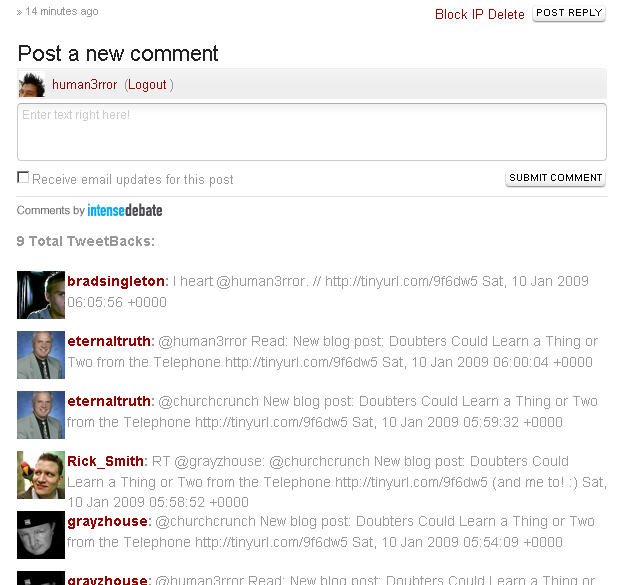 How easy is it to implement? SUPER EASY.

Just copy and paste this code right after or before your comment code in your single post file on your WordPress template. I would suggest after.

Or, you could just download the WordPress Plugin here.

Doubters Could Learn a Thing or Two from the Telephone

This past week has been a very fun and exciting week.

It’s also been a week where I’ve been called “silly”, scoffed at, and laughed at by 70 people or so, at the same time and in the same room.

It’s because they are ignorant.

And it’s not entirely their fault.

The concept of “online church” is scary (and by no means am I suggesting a definition here… just the concept).

It challenges long-held assumptions about what “church” really is.  It challenges classical and “biblical” definitions of the local church and the capital “c” Church. It’s using a medium which was widely held, at one point, as “evil” or if not completely evil, most certainly “bad”.

But reacting in fear without taking the time to understand is dangerous.  Well, if anything, it can hurt people’s feelings… like mine (but that’s certainly not the “big” issue).

Now, I could have provided ample evidence and empirical data to convert many of the doubters in those audiences that their concept is limited and their understanding is shallow.  That may have worked, but perhaps learning from the past might be a better place to start.

So, let’s start with the Telephone.

Back in March 0f 1876 this article, as shown in the image, came out.  This is what the article said [Thanks O’Reilly!], among a number of different claims:

On page 4 of The New York Times, the article begins by describing this new device, currently being called the “Telephone,” and the exploring the possibilities “The Telephone could afford humanity.”

The writer quickly jumps into a description of the device, which “…somewhat resembles a Morse instrument…with an ear-trumpet and a curious collection of miscellaneous machinery.”

As the article continues, we are offered a variety of potential uses for this “instrument,” including the possibility of listening to music or hearing the “cooing voice of a female lecturer,” but as we read on, the writer makes the not-so-obvious point about what people will say about this new technology: “The universal use of the telephone will, of course, be viewed with disapprobation by the sound-producing part of the community, just as the introduction of labor-saving machines was met by the hostility of the laboring classes.”

We are warned that “no man will leave his own study” or “will care to go to Fourteenth street and to spend the evening in a hot and crowded building. In like manner, many persons will prefer to hear lectures and sermons in the comfort and privacy of their own rooms, rather than go to the church or the lecture-room.”

As these warnings continue, we are told that “…the telephone, by bringing music and ministries into every home, will empty the concert-halls and the churches.”

Some pretty hefty claims, huh?  Melodramatic perhaps? I especially like the claim that it’ll empty churches.  I guess that didn’t really happen, did it?

But let’s remember the context.  Let’s remember, or try to understand their feelings about it.  It was threatening.  It was scary.  It was an “unknown”.

They reacted.  Over-reacted.  Badly. So did the audiences that I was a part of last week. I understand that, and I forgive them. But seriously people, we’ve been through this before! This is not the first nor the last time that technology will threaten the old-guard establishments, practices, and personnel.

Get over it.  Let’s have some grace, too, while we’re at it.

Oh, and if you’re a “doubter”… you should read my blog more often.