You can tell a lot about an artist by what he creates.

That is the theme behind the recently released storybook app Owlegories, available for free on the iPad, iPhone, and Android devices. Owlegories is an interactive digital storybook app that teaches kids about God through the amazing things found in nature and revealed in God’s word.  The banner verse for Owlegories is Psalm 19:1-4:

“The heavens declare the glory of God; the skies proclaim the work of his hands. Day after day they pour forth speech; night after night they reveal knowledge. They have no speech, they use no words; no sound is heard from them. Yet their voice goes out into all the earth, their words to the ends of the world.” 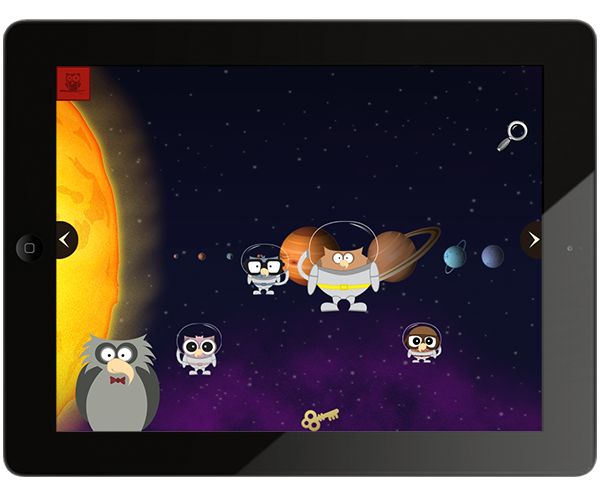 This first Owlegories App (the first in a series of five currently planned) is about the Sun. Kids learn fun facts about the Sun as well as how our God is like the Sun (He is strong and mighty, He is the light of the world, He gives life, etc.). Each page has interactive elements, pop up verses, and fun facts for the kids to discover. My kids had a great time interacting with each page and were left wanting more! The characters, voice acting and art style is top notch. 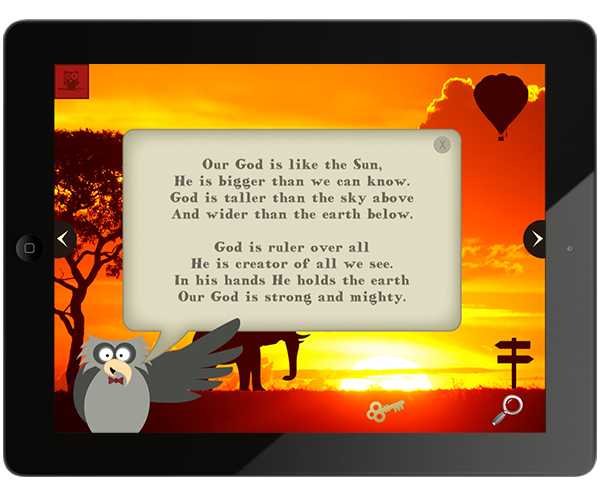 My favorite aspect of Owlegories is that it is a family project. The creators, Thomas, Julie and their three boys, set out to create something unique that could involve their whole family. How awesome is that!?! Everyone chipped in to help. Aunts, uncles, cousins, nieces, nephews, and even their 87-year-old great-grandfather contributed their voices for Owlegories, making this truly a family app. 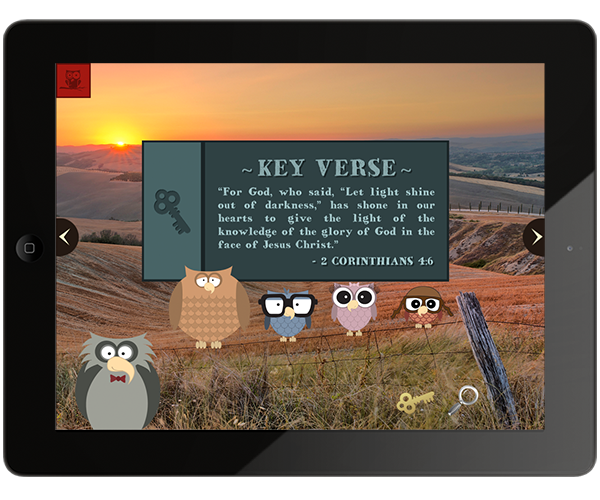 Like I said, the characters, voice acting and art style is really great, so it’s hardly a surprise that Owlegories just announced that they are currently in the process of creating an animated series, which is expected to be released late 2014 or early 2015! Owlegories is being brought to life with the help of Chad Gundersen of Gundersen Entertainment (producer of a number of films in the faith-based market) and Keith Alcorn, the co-creator and director of such animated hits as Jimmy Neutron and Ant Bully.

Owlegories is also set to release another Owlegories app sometime this summer!

Google Wallet in Your Ministry