ChurchMag / Mobile / Android / Do You Suffer from Nomophobia?

Do You Suffer from Nomophobia?

As we enter into the second day of Lent, many Christians have taken to fasting. Many have elected to fast from Facebook, Twitter, television and other forms of technology.

Have you heard of anyone fasting from their cell phone?

It almost sounds silly, doesn’t it?

In the last decade, cell phones have transitioned from luxury to necessity. At least it has transitioned in our minds as we’ve been conditioned over time.

What if you were without your cell phone?

How would you react?

Depending on your answers to the following questions, you may have Nomophobia.

From the Los Angeles Times:

If you answered, ‘yes,’ you have nomophobia, but you’re not alone!

According to a United Kingdom poll, 66% of 1,000 people surveyed say they fear losing or being without their phone. Four years ago, a similar survey reviled 53% suffered from nomophobia, so the phobia is undoubtably on the rise.

The discrepancy in the numbers may even be due to the fact that men are more likely to have two phones, in case the first one breaks are is lost.

The survey also showed a division among age segments, which is not surprising, considering those 18-24 have literally grown up with them.

For those interested in being cured, you can undergo exposure therapy or even consider medication.

Despite all the awesomeness of cell phones and smartphones, it has lead to a socially acceptable addiction.

As Christians, we need to be mindful of nomophobia, and if we have it, free ourselves from it.

Do you have nomophobia? 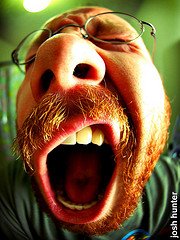 Church Announcements Are Boring (& What To Do About It)