Evernote has released a redesigned web version of their popular multi-platform productivity app.

They’ve done more than just give it a new look, too. They’ve added some really great features! 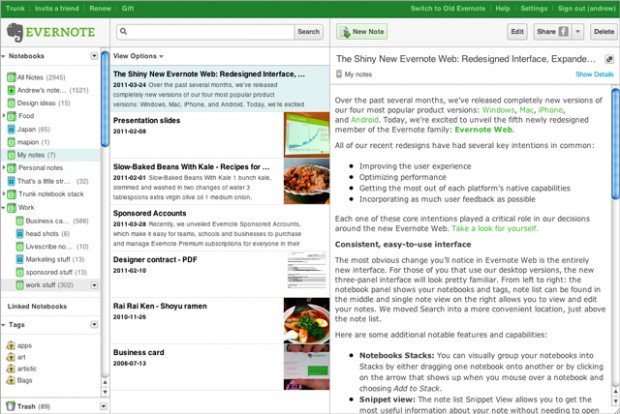 Evernote Web has an entirely new interface. If you are a desktop version user, the three-panel interface should look familiar.

Here are some of the new features:

I’ve only used the desktop version, so far. Today, I’ll be trying Evernote Web. These are some serious updates!

Our focus is on your memory–helping you save and find all of your ideas, projects and inspirations wherever you may be. As you add more and more stuff into Evernote, you’ll likely want to share bits and pieces with family, friends and colleagues. That’s why we’re excited to announce a major expansion of our sharing capabilities to include quick sharing of individual notes through Facebook, email and your instant messenger.

When you dive into this new web version of Evernote, you may notice this new option:

This will be a deeper feature in the near future:

We’re launching this feature as part of our Evernote Web redesign and will be adding it to other versions of Evernote shortly. You will also soon be able to share your notes to Twitter and other social sites. To view notebooks that other Evernote users have shared with you, click on “Linked Notebooks” below your notebook list.

There’s a lot of good stuff, here. If you haven’t ever used Evernote, this may be just the time to give it a spin! 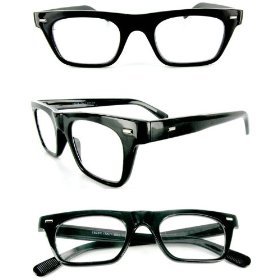