Study Finds Gmail, Safari and Mac Users are Most Charitable

Qgiv, a leader in IT donation solutions, released an interesting report on what technology donor’s are using.

“Based on the analysis of more than 320,000 donations across 165,000 users, Qgiv found that Gmail, Safari and Mac OS users averaged more per donation than their technology counterparts.”

By studying a year of individual donations of 1,000 charitable organizations, Qgiv found some interesting giving trends.

Here’s a closer look at their findings:

What does your email address say about your giving?

How about your web browser?

When you look at the browser numbers along with these, it makes sense. Not many Windows users go out of their way to use Safari.

As for these statistics, I think this may have more to do with user confidence than anything else. When you talk about someone with a unique email address and uses a Mac with Safari, there is going to be a good deal of tech savvy, graphic designers, web developers and creatives. These are the kinds of people who are familiar and comfortable enough with web technology to give larger sums of money, online. Whereas those who have less confidence are more likely to call or mail a check for their donation.

None the less, we can see again the importance of non-profits and churches to make it easier for users to donate. 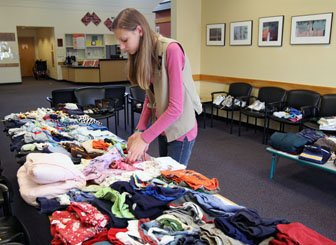 Organized Donating for the Less Fortunate This Holiday Season