Wave Study Bible: Most Engaging and Convenient Bible App Ever?

You have to see it to really appreciate what the guys over at the Wave Study Bible are looking at launching in the coming weeks.

Essentially, with the Wave Study Bible, you can view multiple translations of the Scriptures at the same time, including Greek, Hebrew, and more! I’m loving it:

This isn’t like any Bible you have seen. Built for the average person and not the Biblical scholar, the Wave Study Bible makes it simple to integrate the Word into your daily life.

Check out this video after the jump and some highlights of this must-download app:

END_OF_DOCUMENT_TOKEN_TO_BE_REPLACED

Video Calling with Fring, Ministry Use? 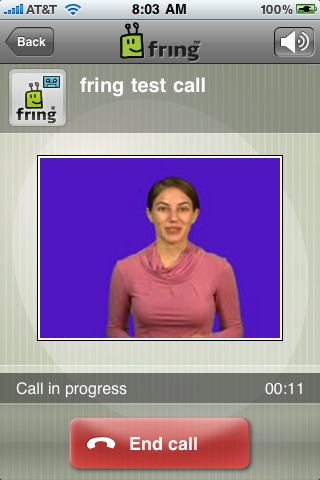 Fring, a relatively new mobile app, allows you to talk, chat, and video call others in style. It’s the latter functionality that intrigued me the most to go ahead and download it.

It’s got all the features that you’ve probably grown accustom too, buddy lists, syncing with Twitter and other social networks, and more, and it’s completely free to boot.

But here’s what’s got me going (or spinning): Does video calling have a definite purpose and application for our use in ministry?

I can think of a couple things but would love to hear your perspective. Is having “video” with your call a nice-to-have? Is it more than necessary?

Drop your thoughts in the comments.

END_OF_DOCUMENT_TOKEN_TO_BE_REPLACED 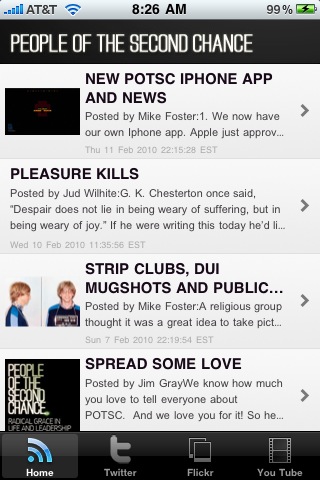 Thanks for the HT Jim.

It seems like another great app has made it’s way into the iTunes store.

But, if anything, let it encourage you that it’s pretty easy to do and affordable.

It makes me wonder, though, where we can begin to really innovate? By the end of the year I imagine most ministries and churches and even blogs like these will have something like this.

This isn’t an indictment on anyone (especially since the 8BIT Network is looking into rolling one out) but rather just an introspective moment before I hit the “Publish” button on the right side of my screen.

END_OF_DOCUMENT_TOKEN_TO_BE_REPLACED

Tutorial: Creating an iPhone App for Your Church

AppMakr is probably among the first of many sites where you can create and publish an iPhone app for your church, ministry, organization or even simply your own personal blog.

Put simply, the AppMakr website takes RSS feeds and presents them as part of your own fully customizable app. Not convinced? Here’s a list of Celebrity A-Listers who believe it’s the bomb:

END_OF_DOCUMENT_TOKEN_TO_BE_REPLACED

Saddleback has recently launched their public iPhone App into the wild! It looks pretty sweet:

You can check it out directly here on the App Store.

Here some more of their official blurb:

END_OF_DOCUMENT_TOKEN_TO_BE_REPLACED

Stop. Don’t read anything more until you answer this question:

My immediate and initial reaction is…

Ok. Jot that down and save it for later (in the comments).