This is a story that caught my eye recently.

For some background, my wife and I were reminiscing about how important having good, legible handwriting used to be. As kids, we spent significant time honing our ability to write in cursive, for instance. For the first years of college, I actually had professors who encouraged us to submit handwritten papers. I was actually pretty good at shorthand (I bet most folks will have to Google that). As a coming of age present, as was customary, I received an expensive fountain pen on my eleventh birthday.

Things have changed, though. I seriously avoid ink. If I can’t jot it down in Evernote or Google Keep, it probably won’t get written down. I’m finicky like that. Most forms I have had to fill out in recent times have been done electronically, and the closest I’ve come to a pen recently is to initial my son’s agenda.

That’s probably why this resonates with me so much. 63-yr-old Phillip Patterson hand wrote the entire King James Version of the Bible. Patterson, who reportedly does not consider himself to be overly religious, took  four years to do it. Health issues slowed the effort, but through it all, Patterson says he developed a deeper appreciation of the Bible. 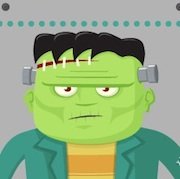 Email Strategy: Do You Archive or Delete?