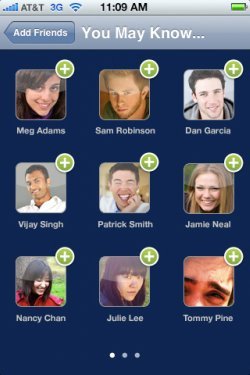 Geolocation is getting hot this year. In fact, it’s already been hot.

With the release of Google Latitude, which really opened the flood gates of awareness to the internet community, it’ll become only a matter of time before it becomes a standard application (or lifestyle) to know locally where people are and what they are doing.

Remember that first time you instant messaged someone who was sitting in the same room as you? Remember (if you’re married) the first time you IM’d your wife or husband who was in the other room (or sitting next to you)?

We are becoming extremely aware of each other through technology and choosing it to help us engage. That’s perhaps why Loopt’s new iPhone App scares the poop out of me.

I love the idea of deeper geolocational technology; I just don’t think it’s “mature” enough to be either handled or used properly.

And, of course, what’s the point if you don’t actually do anything with the information anyways? It’s pretty useless if you know that you’re really physically close to 10 other people but don’t go say “hi” or “hello” to them.

There’s still some room for innovation. That’s a good thing.