ChurchMag / Mobile / Android / A Look Back: My Apps Then and Now

A Look Back: My Apps Then and Now

While going through a container of old devices, I ran into my old love: my Palm Tungsten T5.

This stylus-equipped slab PDA was a beast; it hearkened back to a time I haughtily believed that PDAs and cell phones could never be combined correctly. It was an upgrade to my beloved m500, and rocked a 416 Mhz chip, an impressive 320 x 480 16-bit color screen and — gasp with me here — 256 MB of memory.

I was the man. Seriously. It was around 2004, and when that device hung in its Sena leather case on my belt, you couldn’t touch me.

I recorded a couple of firsts with it. It was the first device I ever used to play mp3s with, so it became my default music player. I bought an SD card for it, $39 for 2GB, using a service known as Checkout (which is somewhat a part of Google Wallet). I also started reviewing software for the first time, and started investing in ecosystems.

The best part were the applications. These were the good old days; I don’t recall any techies then being so informal as to refer to third-party software solutions as “apps” just yet. How dare they? The PalmOS enthusiasts sites were clearinghouses for utilities and games, and I got to try a lot of them.

Looking at my old Palm, I found a few of the restored apps to be interesting. 10 years later, I am still using these (or something quite similar):

HanDBase will always have a soft spot in my heart. It’s like having a Green Lantern ring; its functionality is only restricted by one’s mind. I value it so much that I consider it an anchor app, and would not use a platform that does not have it as a daily driver (if I can help it). It exists for most of the current mobile platforms, and I have seriously considered getting a tattoo of the logo; it is one of my all time most functional apps, as I use it for everything from health monitoring to recording attempts at Insanity.

BibleReader was a formidable mobile Bible back then, and still is. I still use this software today on my current devices. Why? Well, when you purchase translations and other devotional content, it/they are available to use on all platforms Olive Tree supports. Plus, the split screen functionality is fantastic, and the app has evolved to become a better Bible study tool, including Evernote functionality and desktop clients for Windows and Mac. It continues to get better with every iteration.

This was one of the three apps affiliated with Laridian I used on my Palm (the others being Memorize! and DailyReader). MyBible was clean and provided a host of free and paid content. It still a smooth app, and remains one of the most “cross-platform” Bible software titles out there, with ports for Android, iOS, Mac, Windows, BlackBerry and Windows Phone, among others; this means you can use the software across several type of devices. There are several reasons I still use it, and I especially like that the developers are plugged into current trends, even using Kickstarter to assist with development goals.

This app from Pimlico still brings tears to my eyes; it was the perfect amalgam of calendar and tasks, and it pretty much raised the bar for every calendar app I have used since. It is still around on Android, named Pimlical, and still provides an enviable level of functionality and customization. I don’t use it everyday, but I still support the developer; a portion of all sales still go to animal protection causes, and the developer has always been open to suggestions and feature requests, which key with regards to mobile development longevity.

This password vault inadvertently showed me that cloud based solutions trump proprietary ones. It’s way better to use vetted options than get forced to stick with a platform because you can’t free your data from it. SplashID‘s desktop companion has evolved to allow for wireless functionality, and the developers make exporting data fairly easy. This is another one I have moved on from, but I still like to check on it and see what SplashData has going on with regards to improvements in the area of mobile password safes.

The granddaddy of mobile document management, Docs2Go, is till one of the better offerings around. It allowed me to carry around all my corporate documents, and edit them on the go.  Even though I moved on to other solutions, I still appreciate the trail D2G blazed, and am happy it has evolved to support current mobile OS’.

What mobile apps have you been using for almost forever? 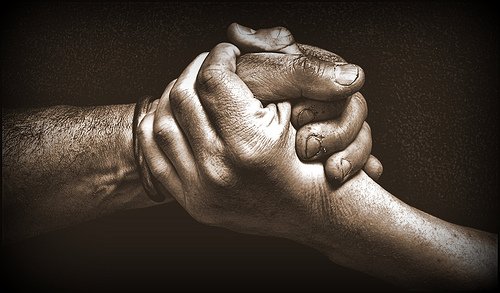 Are You Intimidated by Discipleship?

Get Your ChurchMag Newsletter Power-Ups!