Get Rich! Build a Leprechaun Trap! 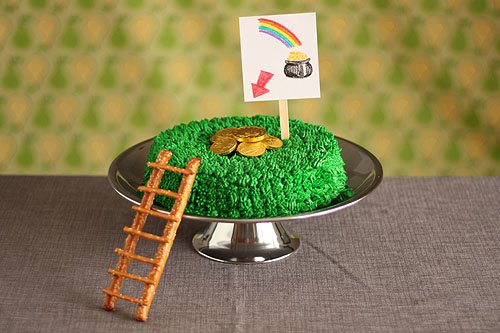 This, my friends, is a Leprechaun trap!

This is the first I have heard of it, but apparently in some areas it is traditional for children to make these traps as a craft project around St Patrick’s Day.

Obviously, everyone knows that if you catch a Leprechaun, they have magical powers and will grant you 3 wishes in exchange for their safe release. Sounds like a pretty good deal to me. Making a trap seems worth it.

So if you want to trap a Leprechaun, then, you need to lure it with gold. As you can see from the image above, this cake has some gold to lure the poor Leprechaun in, but how does it trap it?

This is what is under the gold: 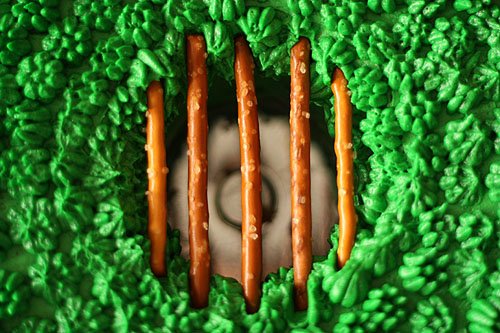 Uhhu! Sneaky-sneaky! The little Leprechaun is going to fall right through those fragile pretzels! Good job!

Keeping in with the rainbow theme, lets look at what we see when the cake is cut open: 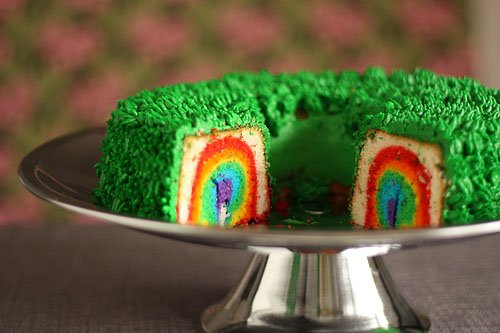 I love the whole concept of a Leprechaun trap, I’m so surprised that I never heard of it, but how fun! This is something that I definitely must remember for when I have kids. What an awesome little project to do with your child.

This cake was made by Megan and not Martha and on her blog she has loads of beautiful photos of the process and talks you through how to make your very own Leprechaun Trap Cake! She also has some other cool tutorials which I am very tempted to try out! They look very cool! 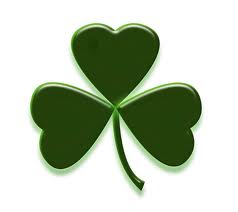